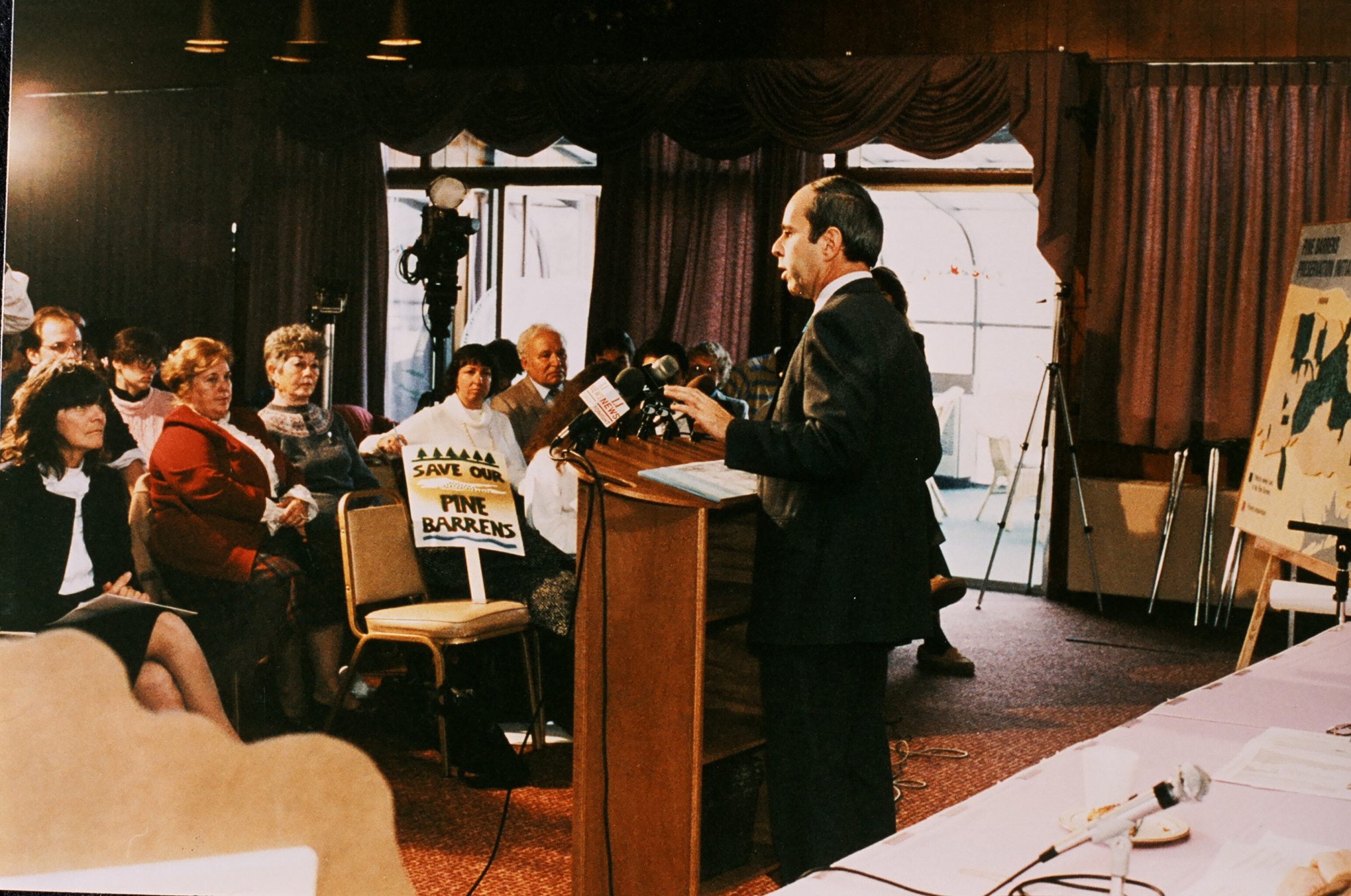 The Long Island Pine Barrens Society has been

a fierce environmental advocate for over 40 years

In the late 1980s, the Society recognized that this region was threatened by encroaching development that was threatening to disrupt the ecological balance required for the survival of the Pine Barrens ecosystem. The focus of the group shifted from an educational awareness to designing an active preservation campaign.

Over time, the Pine Barrens Society has become one of Long Island’s most effective champions of preserving natural resources through sound land use. Through our scientific research and programs of public education and advocacy, we have shaped public debate on the subject. We have also been active in the halls of state and local government as well as in the courts, pushing for needed action and winning an impressive list of victories.

Continuing into our fourth decade, the Society continues to promote sound management of publicly held Pine Barrens land. We review virtually every important proposed new development in the Pine Barrens, and present our findings to appropriate town and county oversight agencies. Furthermore, we continue to press for public acquisition of privately held Pine Barrens land. Through these actions, we hope to permanently preserve Long Island’s “Central Park.”

Through our forty year history, the Long Island Pine Barrens Society has been instrumental in:

• Saving thousands of acres of Suffolk County land scheduled for public auction. This land is now part of the County’s park system.

• Winning public support for land preservation funding referenda in Nassau and Suffolk, including the popular and successful Suffolk County Drinking Water Protection Program and the East End Community Preservation Fund. The residents of Long Island have authorized more money to protect drinking water and preserve open space and farmland than the residents of 45 of the 50 states in the union.

• Petitioning for referendum to ensure that money for Pine Barrens preservation cannot be used for other purposes.

• Playing a major role in securing funding for open space preservation through the creation of the Community Preservation Fund, the Suffolk County Drinking Water Protection programs, and through Bond Acts in Nassau, Suffolk and many Long Island Towns.

• Defeating a nearly 600 acre golf course resort proposed for the Pine Barrens known as “the Hills at Southampton” after more than four years of educating the public and advocating preservation before the Southampton Town Board.

• Leading the charge in what became known as “The Pine Barrens Preservation Initiative” that led to the passage of the Long Island Pine Barrens Protection Act and protection of more than 100,000 acres of precious Pine Barrens.

There’s a reason we’ve been around for over forty years, it’s because Long Island’s environment never stops needing protection – please help us continue our efforts.