The Long Island Pine Barrens is a beautiful natural escape full of unique geological features and plant and animal species, but it’s also full of history! As we celebrate President’s Day, we should talk about our nation’s first president and his tour of our Pine Barrens.

In 1790, George Washington took a grand tour of Long Island.  His tour was considered a “victory lap” – after winning the American Revolution, he traveled to Long Island to thank the members of the Culper Spy Ring of Setauket and others, who played a key role in the victory.

He began in New Utrecht (Brooklyn) and traveled to the towns of Hempstead, Copiague, West Bay Shore, West Sayville, Patchogue, Setauket, Smithtown, Huntington, and Roslyn.  You can read more about his famous tour here.

If he had taken that route today, he likely would have never entered the Pine Barrens.  However, in 1790, the Pine Barrens stretched much further west across Long Island.  In fact, the Pine Barrens once stretched all the way into the Town of Oyster Bay.  There, the Pine Barrens met the Hempstead Plains.  Unfortunately, development throughout the years has cleared most of our Pine Barrens – 250,000 acres was dwindled down to 100,000 acres.  Remnants of these original woodlands still occur in patches across the Island. 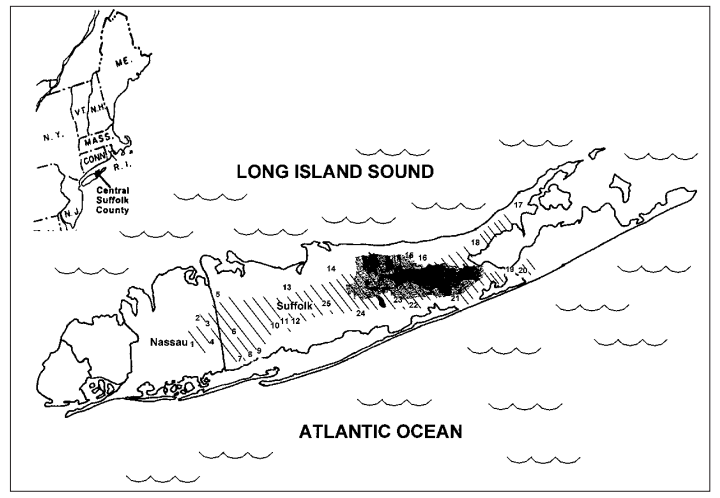 So, what did George Washington have to say about our beloved Pine Barrens?  In 1790, he wrote in his journal, “The country through which I passed became more barren as we travelled eastward, so as to become exceedingly poor indeed.”  He also described the area as covered with “low scrubby oak, intermixed with small and ill-thriven pines.”

While it seems like he didn’t care for our Pine Barrens too much, there is some truth behind his descriptions.  The Pine Barrens are… barren.  The soil in the Pine Barrens is often sandy, acidic and nutrient-poor.  Early European settlers termed the area barren because they were unable to plant their crops there.  However, the soil is what makes the Pine Barrens so special – it supports a diverse spectrum of plant life that thrive in these soils, that you can’t find anywhere else!  The sandy soils also make the Pine Barrens the ideal location for aquifer recharge.  Water (from precipitation) is absorbed quickly through the sandy soils, restoring our aquifers with fresh, pure water untouched by development.

Perhaps it was just that George Washington didn’t spend enough time in our Pine Barrens to understand their true beauty and potential.