Five Questions with a Founder 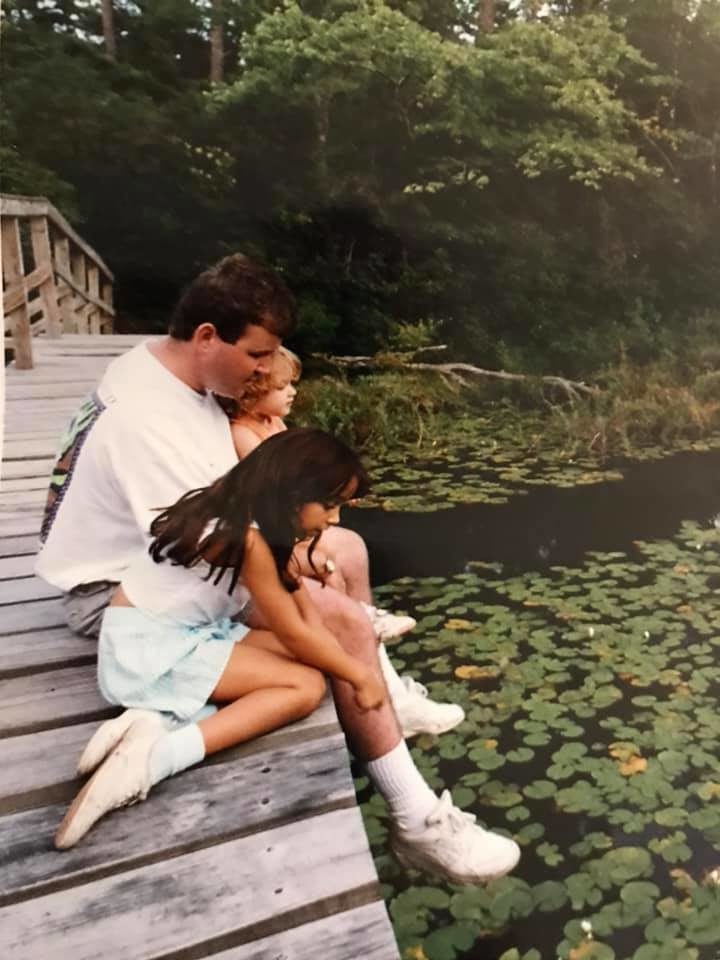 The Long Island Pine Barrens Society is officially launching a new blog feature called “Five Questions with an Environmentalist.” We will be interviewing a variety of people who are involved in protecting Long Island’s natural environment – advocates, scientists, artists, educators and more! Each person has their own unique perspective and we are excited to share their voices.

Our first post will feature Robert (Bob) McGrath, a co-founder of the Long Island Pine Barrens Society and the Vice President of our Board of Directors.

1. As a co-founder of the Pine Barrens Society, can you please tell us how the Society was formed?

The Society was formed over a period of time beginning in 1977. At the time, myself and my two good, close friends, John Cryan and John Turner were all employed as park attendants at Hoyt Farm Preserve in Commack, Suffolk County. Primarily because of the interest John Cryan demonstrated in Pine Barrens Ecosystems, we were all drawn to our Pine Barrens whenever we had any free time to spend hiking. We called it  “Bushwhacking”, because more often than not we weren’t on a specific trail, we were creating one of our own! We spent many long hours in the field studying, recording our observations, and taking photographs of the plants and animals we were encountering.

Unfortunately, as these trips were taking place we all came to recognize that there were many development projects that were slated to destroy the very places we enjoyed visiting. In an effort to try and head off this development and destruction we set up meetings with local, town, and state officials in an effort to try and persuade them to preserve these areas. Two specific areas that come to mind were the Bogs and uplands surrounding Swan Pond in Calverton and the Dwarf Pine Plains in Westhampton Beach. When meeting with these officials, it quickly became clear to us that we needed to be representing an Organization if we wanted our requests to be taken seriously. After just a few meetings we soon began referring to ourselves as the Long Island Pine Barrens Society. Our primary purpose was a simple one, we were “Dedicated to the Preservation and Understanding of our Pitch Pine-Scrub Oak Woodlands”.

At the time I was 17 and both John Cryan and John Turner were 22. 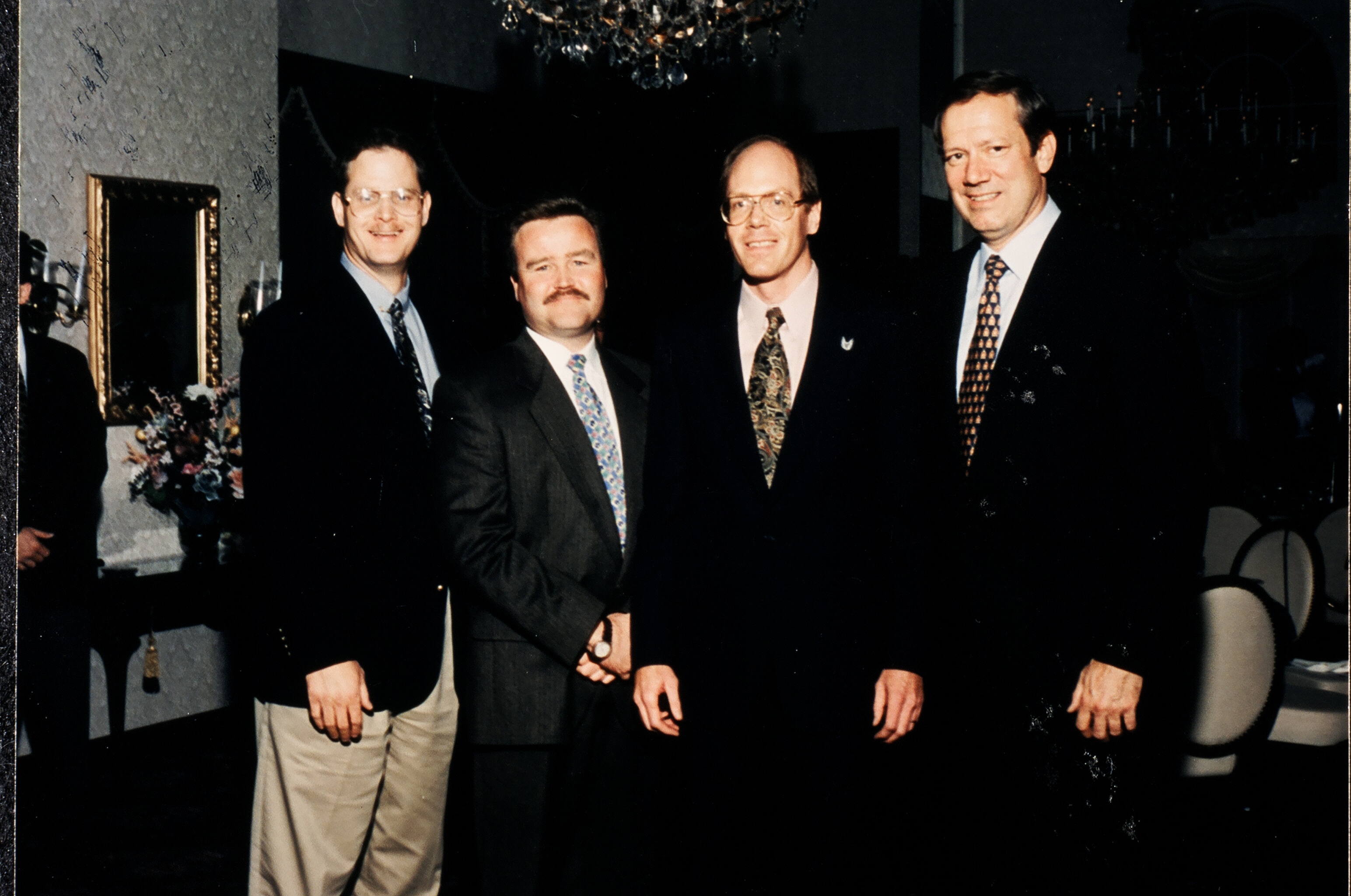 I have many many favorites. But if I had to pick two, I would have to say Calverton Ponds and Cranberry Bog County Nature Preserve. Calverton Pond contains textbook Coastal Plain Pond ecosystems that are one of the many truly special habitats found within our Pine Barrens. They are a globally endangered ecosystem confined to the Atlantic Coastal Plain from Massachusetts to the Carolinas. They are a reflection of the water table and contain many rare and endangered plants, insects and fish. One rare and diverse group are the carnivorous Bladderworts. We have nearly a dozen species and one, the Purple Bladderwort is federally endangered.

Cranberry Bog County Nature Preserve is special to me because aside from its natural beauty, it is the county of Suffolk’s very first nature preserve. Purchased in the early 1960’s it is 165 acres in size and contains, according to famous Long Island naturalist Roy Latham, 13 species of Orchids, 20 species of ferns, such rarities as Water Hornrush, and has the only state record for Shining Whip Grass. It contains some specimens of Atlantic White-cedar with trunks 16” in diameter, according to Latham as well as Dr, Robert Cushman Murphy. Freshwater life is abundant throughout this preserve and contains such rarities as the Bog Copper butterfly, a species that never strays far from its host plant, the large cranberry. 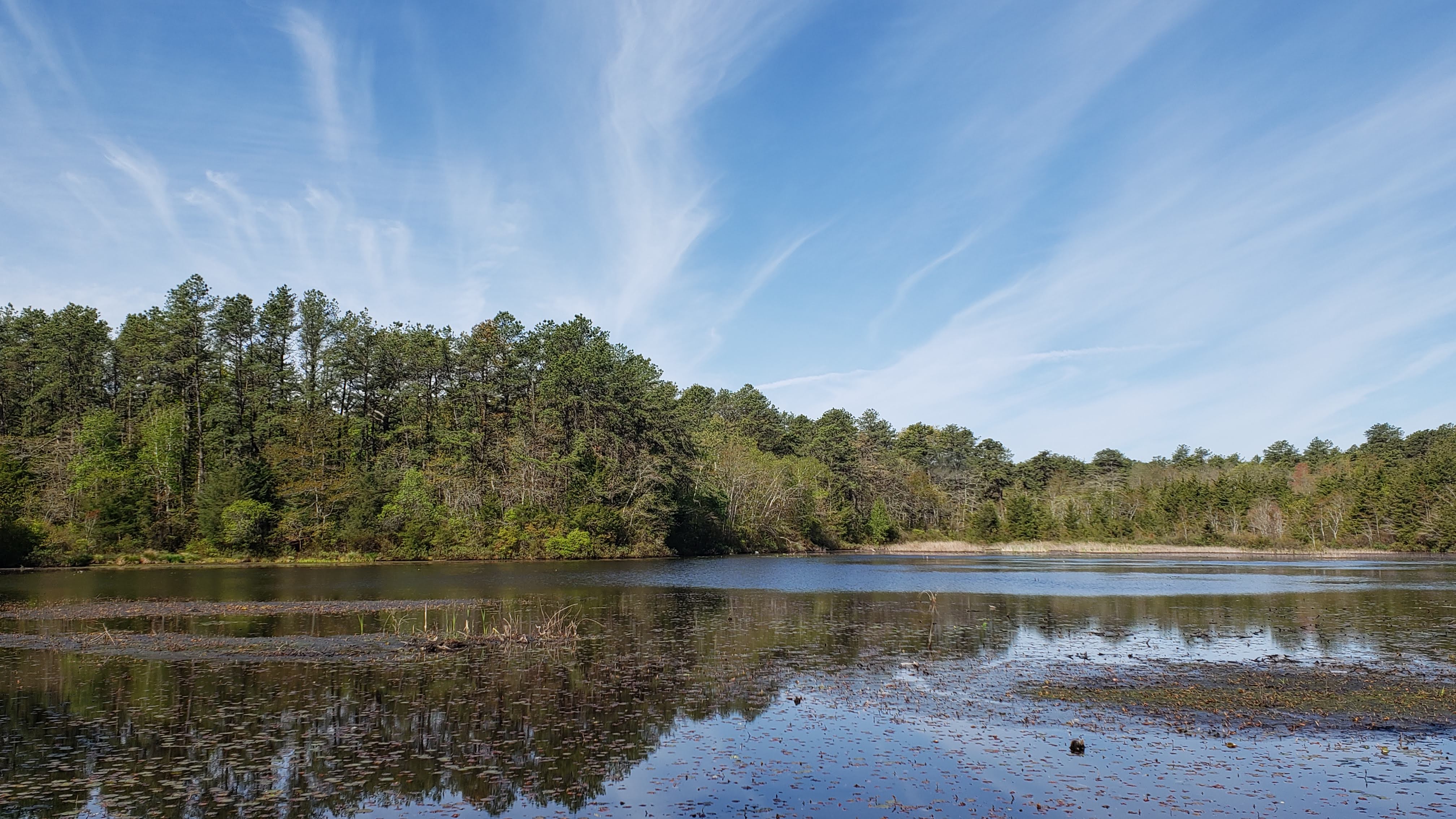 3. What’s one thing you wish everyone knew about the Pine Barrens?

4. What do you see as the greatest threats to the Pine Barrens today?

There are many things that still pose a threat to the long-term survival of our Long Island Pine Barrens. Fire suppression is a huge ongoing problem. The Pine Barrens are dependent on periodic natural wildfires to sweep through and open the canopy, allowing sunlight to reach the forest floor. Most, if not all, Pine Barrens plants are dependent on direct sunlight for their survival. They receive this sunlight because they are capable of surviving the periodic natural wildfires that evolved eons ago to burn through the Pine Barrens. The fires also eliminate the forest litter that has accumulated and does not decay because of the high acidity in the soil. Pine Barrens plants have massive root crowns that remain insulated under the soil when a fire sweeps through. They are damaged by the fire, but  quickly rejuvenate. This delicate relationship has been severely disrupted throughout the Pine Barrens and is dangerous, as it leads to the accumulation of fuel, which often leads to hotter and more severe wildfires which eventually do get started as they always do. Hotter than normal fires are not good, even for the Pine Barrens species.

5. Do you have any advice for our members that are looking to help protect Long Island’s environment?

My advice would be for all Long Islanders to simply pay the natural world the respect that it deserves! We cannot, I repeat cannot, survive without the natural world around us. You don’t necessarily have to be a “treehugger” who places the value of a Box Turtle on par with a human, but you should respect the planet and the other creatures that exist here as equal in many ways. Were it not for the other life forms, life as we know it could simply not survive. That advice is especially true relative to the Long Island Pine Barrens. Our Pine Barrens harbor the most precious life requirement beneath it. There is NO substitute for clean fresh water, plain and simple. Our Pine Barrens supply us with this resource in vast quantities. Most Long Islanders do not understand this. They think they drink “city water”, a bygone term from when many people moved out from the city to live in the suburbs of Nassau and Suffolk. Long Islanders living in Nassau and Suffolk do not drink city water, they drink water drawn up from our aquifers and in most cases from directly beneath the Pine Barrens. If this weren’t reason enough to save the Pine Barrens, the delicate relationship that the landscape and the myriad of rare and endangered plants and animals  and the delicate balance of wildfires should, in my opinion, be enough to warrant their protection.

So… my advice. Heed that warning and spread the word as much as possible. All Long Islanders depend on clean fresh water. Imagine the cost of a shower if one were forced to buy bottled water to take a bath or shower? Right now our water is a bargain, but it won’t remain that way if we don’t get all Long Islanders to respect the value in the precious region that supplies it. 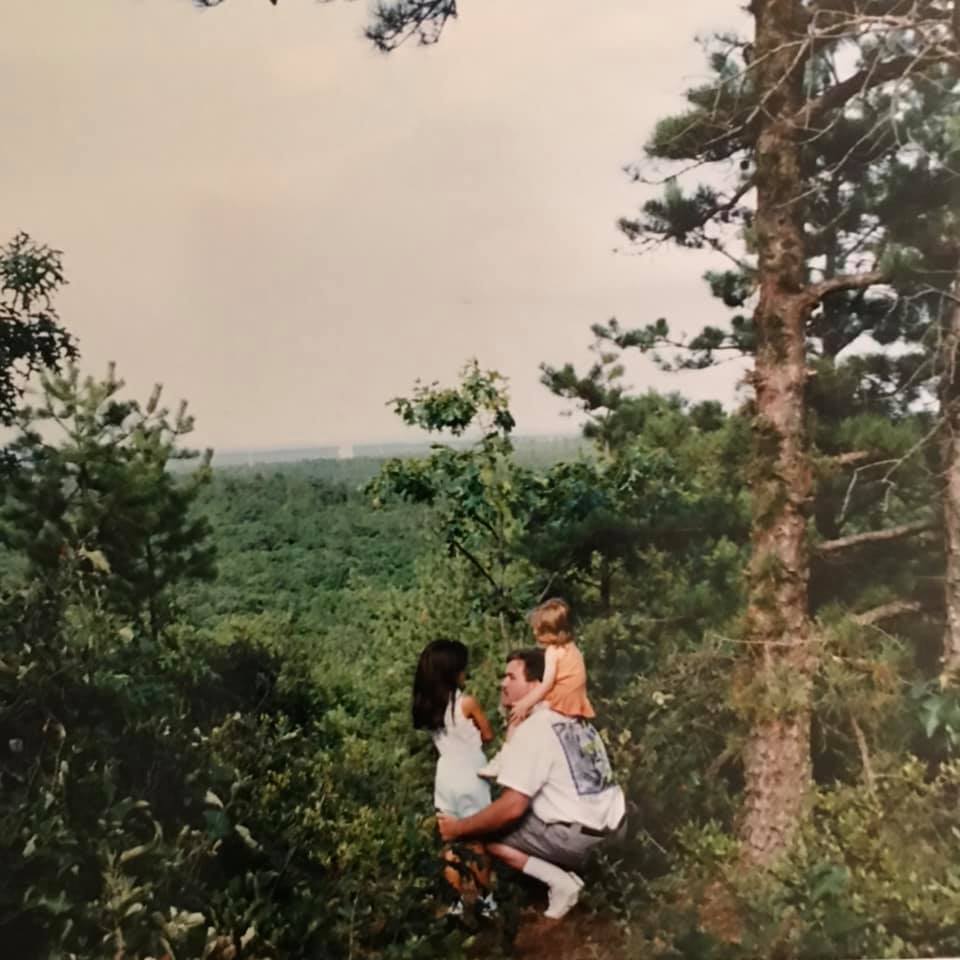 Bob McGrath with his young daughters in the Long Island Pine Barrens (Circa 1990s).

← The Nocturnal Pollinator
Five Questions with a Board Member →