Five Questions with a Herpetologist 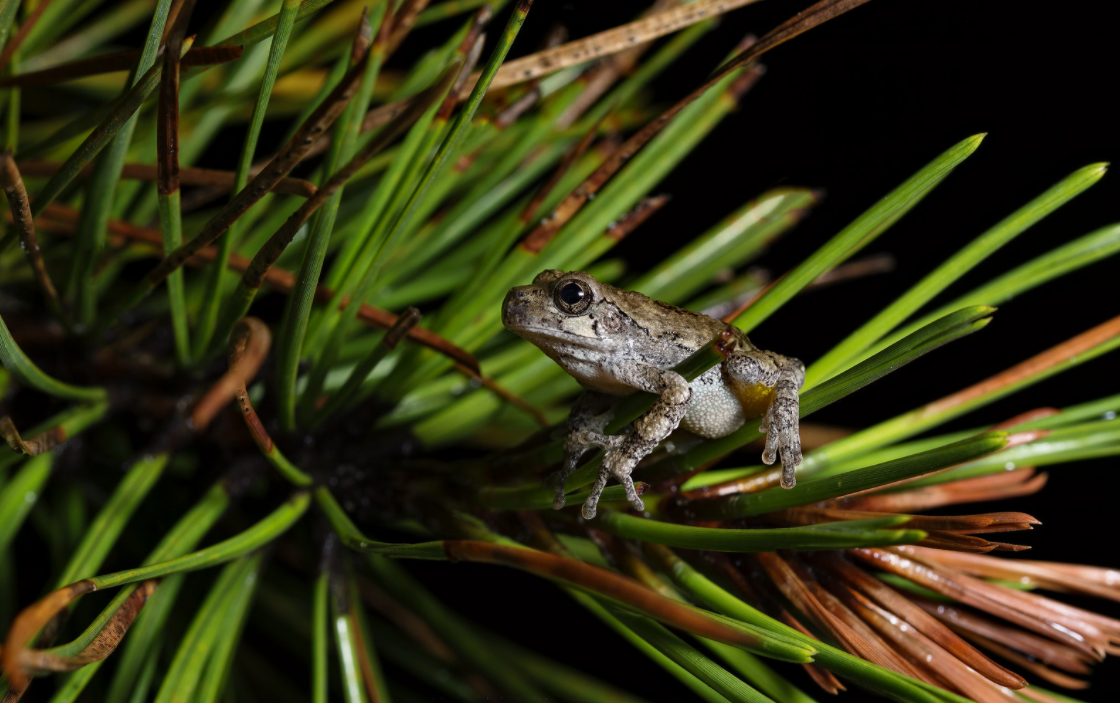 The Long Island Pine Barrens Society is continuing on with our new blog feature called “Five Questions with an Environmentalist.” We have interviewed a variety of people who are involved in protecting Long Island’s natural environment – advocates, scientists, artists, educators and more! Each person has their own unique perspective and we are excited to share their voices over the next few months.

This week, we are delighted to share the interview we had with Alexander (Alex) Roukis – a nature photographer and herpetologist. Herpetology is the study of amphibians and reptiles.

1. Can you tell us a bit about your background?

My name is Alex Roukis and I am a recent Conservation Biology graduate of SUNY ESF in Syracuse.  Growing up here on Long Island, I have always loved exploring the pine barrens and other natural landscapes in the area.  While reptiles and amphibians have always been my main focus, I have really come to appreciate all components of the ecosystem.  Since I am not yet professionally established in the conservation field, I am currently doing the best I can by using photography as a way to show others just how valuable our biodiversity really is.  I often combine those visuals with conservation messages and other information that I have learned over time, which helps turn my recreational outings into something that can potentially influence and educate others. 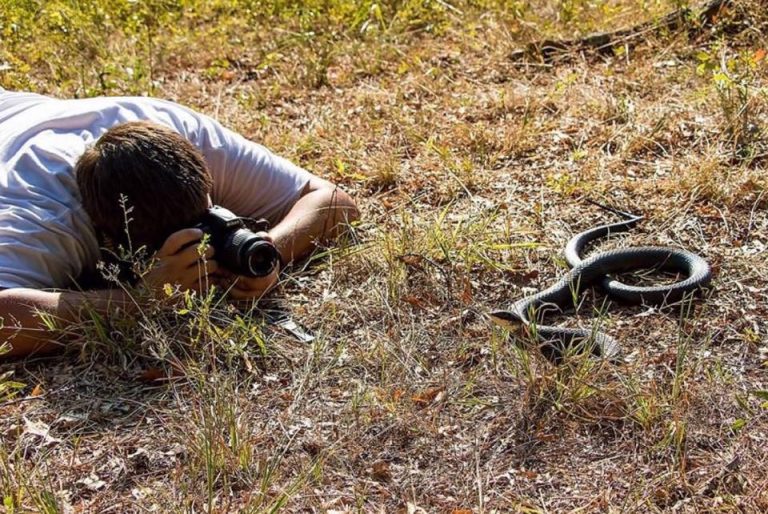 Alex in the field – Photo courtesy of fireislandandbeyond.com

Many people might be surprised to discover that there is a variety of amphibians living right here on Long Island, several of which are rare or even absent entirely from other regions of New York State. Perhaps the most iconic of these species is the eastern tiger salamander. This species of mole salamander is listed as endangered here in New York, where it can only be found on Long Island.  This large, strikingly colored salamander is a winter breeder that migrates from its upland habitat to suitable wetlands on rainy nights. They don’t seem to mind a little snow and ice, so in the right conditions it isn’t uncommon to see them active in partially frozen ponds.  There really is nothing quite like seeing this beautiful salamander show up in the beam of your flashlight on what may otherwise seem like a wet, freezing, lifeless, miserable night.

During the warmer months of the year, a different species can be observed during its brief visits to the above-ground world.  That would be the eastern spadefoot, a unique amphibian that, like the tiger salamander, also spends the vast majority of its life underground.  They tend to only come up to the surface for feeding and reproduction, which are often reserved for nights with exceedingly high humidity or heavy rainfall. The eastern spadefoot is the only native amphibian in New York that possesses elliptical pupils, which gives it a very unique appearance when combined with its bumpy skin which doesn’t seem entirely frog-like but doesn’t seem quite toad-like either.  On rainy nights, spadefoots as well as other species can be found crossing roads in search of food or travelling to and from breeding ponds, so please keep an eye out while driving through natural areas during those conditions.  These may include anything from your basic American bullfrog or Fowler’s toad, to some lesser known species like grey treefrogs, spotted salamanders, and so many more. 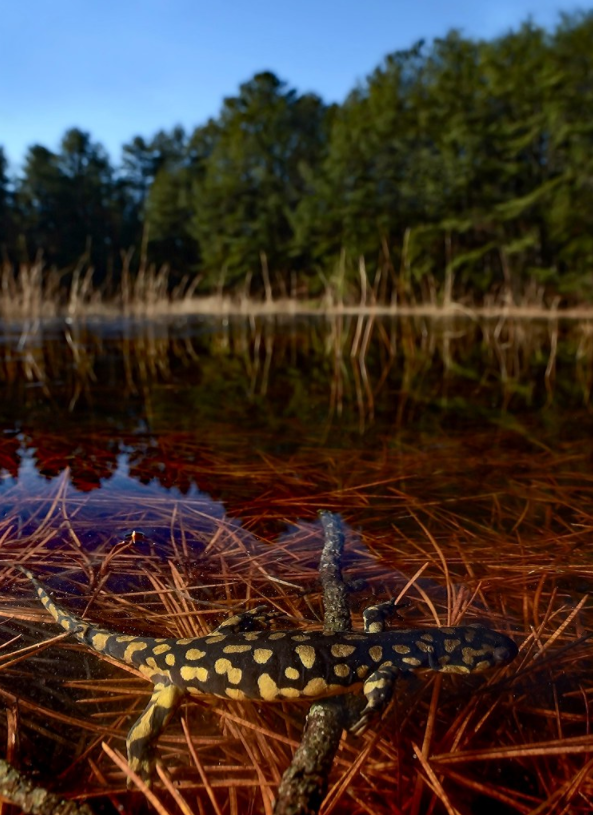 3. What’s the most surprising thing you’ve ever found while “herping”?

The most surprising things to find while herping are the things you have otherwise all but given up on in the past.  For example, I spent so much time over the years searching for smooth greensnakes and eastern wormsnakes, which are both species that have become exceedingly uncommon in our region.  I spent countless hours exploring seemingly perfect, pristine habitat for these animals with no luck whatsoever.  My luck changed, however, when some friends and I randomly found a population of wormsnakes in 2017 and then greensnakes the following year.  Both of these encounters were incredibly unexpected and allowed me to learn so much more about these particular animals and Long Island’s broader ecology.  Since then, I’ve been fortunate enough to see both species at other sites as well, which all stems back to those surprising, chance encounters from a few years ago.  That said, you will see something that surprises you every time you go out if you look hard enough.  In our surprisingly biodiverse region, there is always a new plant, insect, bird, or other species to observe and learn more about. 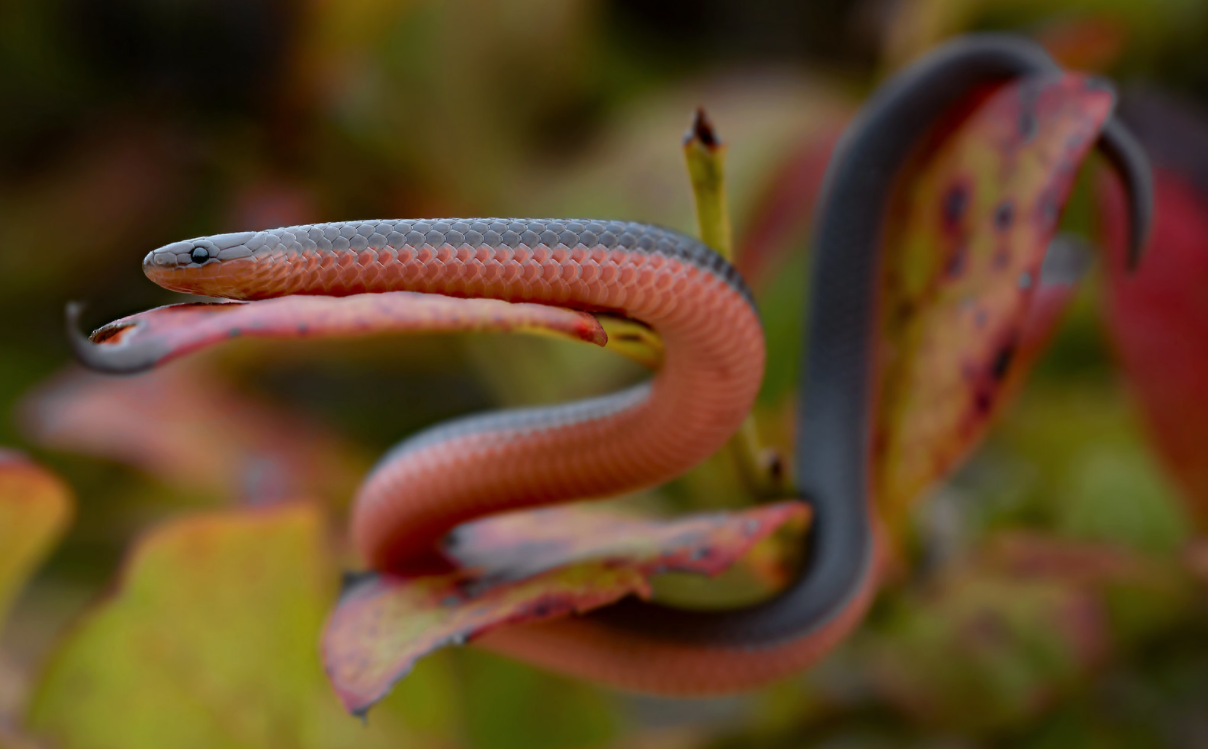 4. What’s your favorite Pine Barrens park and why?

This is a tough decision to make, but my favorite pine barrens park would probably be the Westhampton Dwarf Pine Plains Preserve.  Looking out over the landscape from the higher elevation parts of the park makes it easier to envision what larger expanses of the central pine barrens might have looked like before so much was lost to industrialization.  From those lookout points, there are pitch pines and scrub oaks for as far the eye can see, which is a beautiful and rare sight on Long Island.  Walking through the dwarf plains, one of the first things you’ll notice is just how unforgiving the landscape is.  There is little or no standing water in sight, and if you go on a sunny summer day you’ll see just how little cover from the sun there is.  It’s simply amazing how all the species that occur there have evolved to survive under those harsh conditions, and we are so lucky to have access to this and other unique places in the pine barrens.  Visiting the dwarf pine plains and neighboring parks allows you to really gain a new respect for our natural landscapes and all the organisms that occupy them. 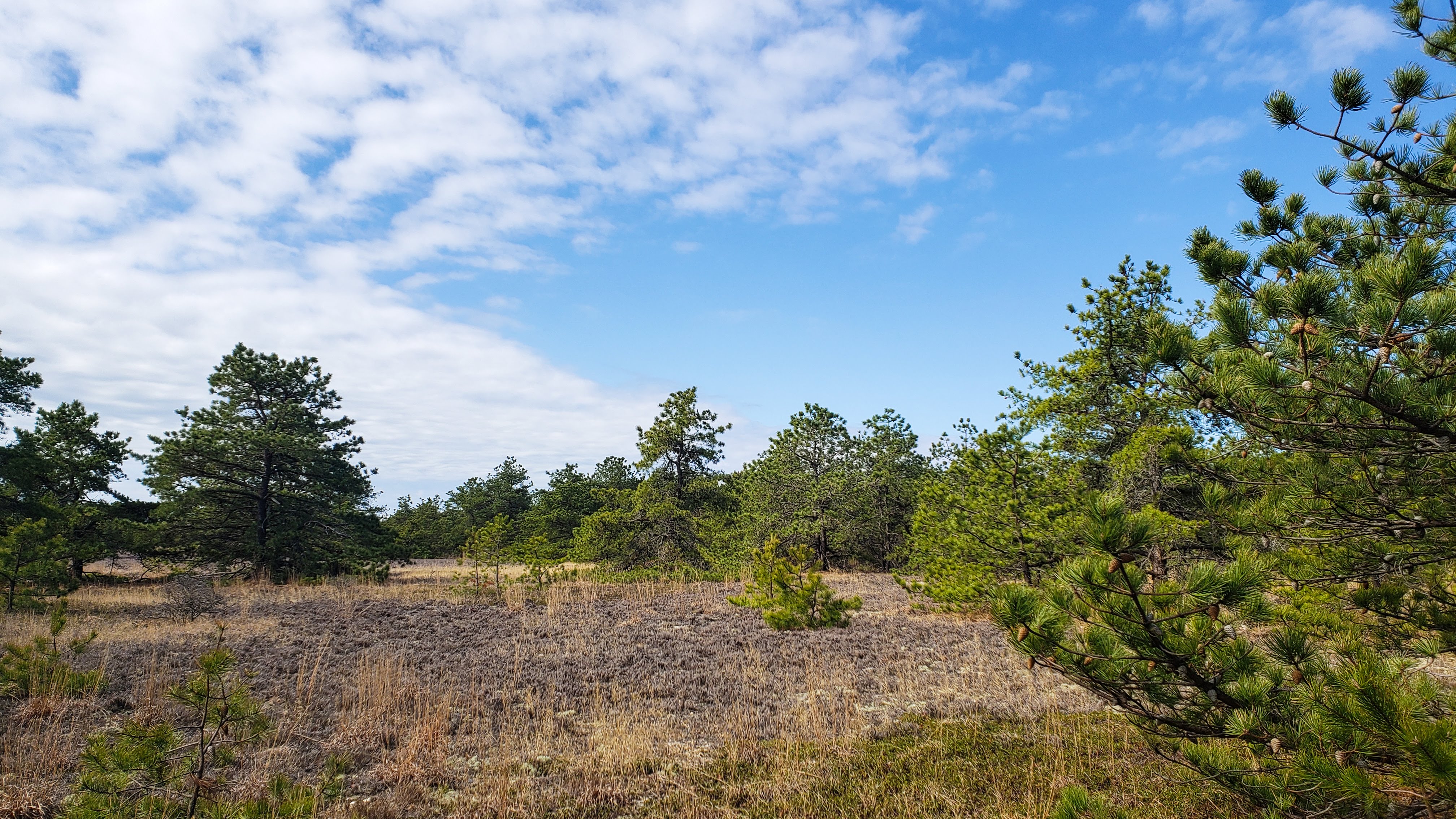 5. Any advice for novice nature photographers?

My best advice for novice nature photographers is just to get outside and explore as much as possible. Your pictures will naturally get better the more you practice, so don’t worry if they aren’t coming out exactly the way you want right away.  There’s nothing wrong with taking 1,000 pictures of a flower while experimenting with the angles, lighting, and camera settings.  Practicing on stationary subjects will help you be more prepared for photographing those quicker animals that often won’t give you enough time to fumble around with the settings.

Another important piece of advice is to always put the well-being of the organism and its habitat before any picture or encounter.  It’s exciting finding these plants and animals, it’s exciting to have the opportunity to handle some of them, and it’s exciting to use photography as a way to keep memories of those encounters! However, it is also unfortunately easy to go too far sometimes.  While it’s not a big deal to pick up a Fowler’s toad on the trail or inspect a box turtle after helping it cross the road, there are times when you should refrain from close encounters.  If an animal is nesting, feeding, breeding, gestating, etc., it’s a good idea to enjoy those sightings from a distance rather than interfere.  It is very easy to let your excitement get the best of you, and I have certainly been no exception to that at times, but please try to use your best judgement whenever you are in the field.

Lastly, I would encourage anyone looking to become more involved in exploring and photographing nature to do their research and use their knowledge to educate others in the process. I think most people would be amazed at just how much information there is online, in books, and in other resources.  Any time I encounter a species or behavior that I wasn’t previously aware of, the first thing I do when I get home is research. Most of the time, a simple Google search or run through an app gives me not only the identification but also the natural history of whatever I have observed.  I have come to appreciate our local pine barrens, its ecology, and its biodiversity so much more by recording my own observations and using them as encouragement to learn more from other sources.

Help support the Society’s efforts to protect the habitat of the countless rare and endangered plants and animals that call the Pine Barrens their home – please consider making a contribution today.