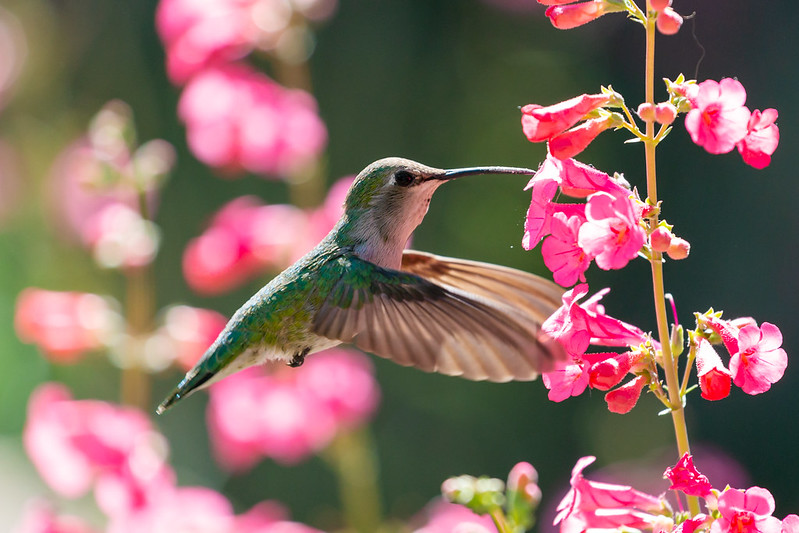 Spring signifies rebirth, as flowers begin to bloom and the natural scenery turns vibrant green. With the boasting greenery brought by the warmer weather, comes the return of Hummingbirds to Long Island! By mid-April through early-May, Hummingbirds should start making their journey to Long Island, after spending the winter in the tropics. Toward the end of May, Long Island will have Hummingbirds scattered all throughout Nassau and Suffolk County (although they tend to favor the Pine Barrens region, and who can blame them!).

What’s so special about Hummingbirds? Well, actually there’s a list of traits that make these birds unlike any other. With 328 Hummingbird species, this family of birds sees no shortage in unique attributes. Hummingbirds are known for their petite figure. In fact, the Bee Hummingbird species (native to Cuba) is the smallest bird in the world, averaging at about 2.2 inches in length. Hummingbirds also fly at great speed. Some records show they can move up to 100 mph! Not only can they travel fast but they have impressive agility. Ruby-throated Hummingbirds have been seen to flap their wings at 50 beats per second! Their wings also allow them to fly in every direction: forwards, backwards, and even upside down. 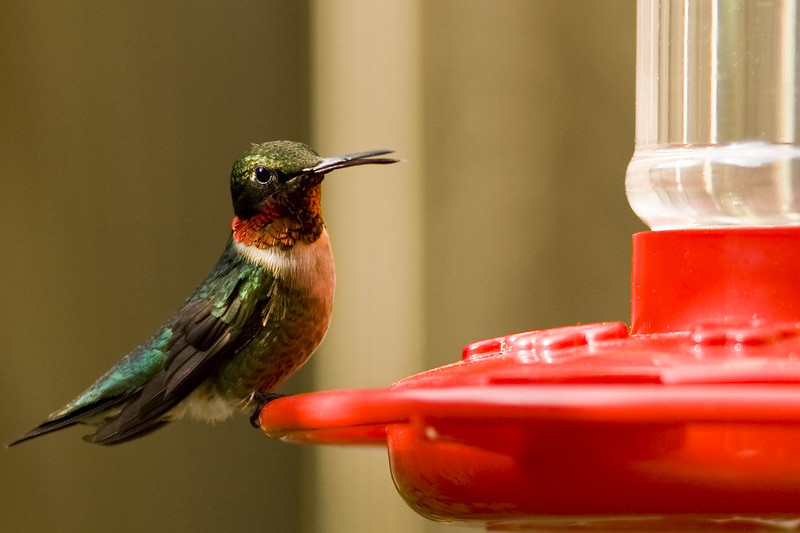 Looking for hummingbirds on Long Island won’t be easy due to their small size and swift movements, but it’s not impossible! As stated earlier, hummingbirds arrive on Long Island in mid-spring and by the summer, Hummingbird populations will peak. Predominantly, Ruby-throated Hummingbirds will inhabit the island. Looking for the traits in this specific species, like their reddish necks, will make identification easier. In general, Hummingbirds tend to favor red, blue or purple flowers. If you wish to attract hummingbirds to your own garden, installing a sugar water feeder can lure them in. Plants to put in your garden, that Hummingbirds love, include Trumpet Vine, Honeysuckle, or Cardinals. If you have no luck bringing Hummingbirds to you, then you may come across hummingbirds at the following Long Island parks: Quogue Wildlife Refuge, Elizabeth A. Morton National Wildlife Refuge, or Mashomack Preserve. Make sure to bring binoculars and stay quiet so you don’t scare the birds away!