Shark Week in the Pine Barrens 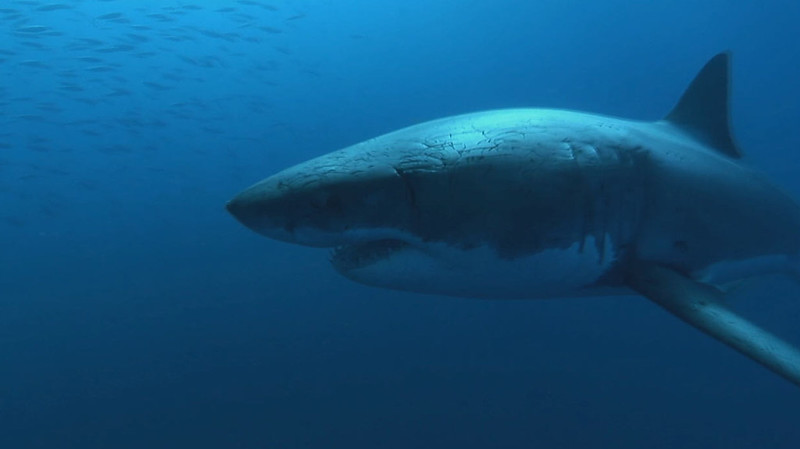 Shark Week in the Pine Barrens

Perhaps one of the most anticipated weeks of the summer is finally here. July 11th marked the start of the 33rd annual Shark Week. What began as an effort to raise awareness for shark conservation and repudiate misconceptions about sharks, now serves as a source of entertainment for many. Since Long Island is surrounded by salt water, the likelihood of our running into one of these marine animals is especially high. While you may not run into a Great White on your hike through Prosser Pines Nature Preserve, it’s not impossible to see a shark visit when you visit other Pine Barrens parks with or adjacent to waterways.

Shark Sighting in the Pine Barrens

On July 25, 2011, a fisherman reported that a Bull Shark made its way into the Peconic Bay. As you may know, two of our beloved Pine Barrens parks in the Riverhead area have access to the Peconic Bay. Indian Island County Park and Hubbard County Park both border this body of water. The fisherman found the Bull Shark tangled in pound traps and assumed the shark had been hunting for fish. 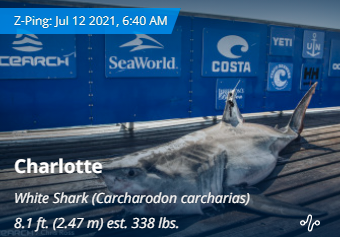 Wildwood State Park is another known spot for shark visits as it runs along the Long Island Sound. A recent report in Newsday states that at least three different Great White sharks lurked around the Long Island Sound in the last month. Since Long Island hosts an abundance of fish in the sound, it attracts juvenile sharks looking for their next feeding. However, shark attacks on humans remain extremely low, so do not let this keep you out of the water!

So, you’ve decided to take a swim in the water, but you’ve come face to face with one of these apex predators, now what? The first thing to remember: don’t panic. You may find it difficult to think logically in this situation, but the calmer you react the less likely the shark will bother you. Kicking and splashing the water around can create an illusion of fish and this can lure the shark in your direction. Safely and calmly make your way out of the water while alerting others around you. When the shark finally swims away, quickly exit the water and seek help for any injuries. 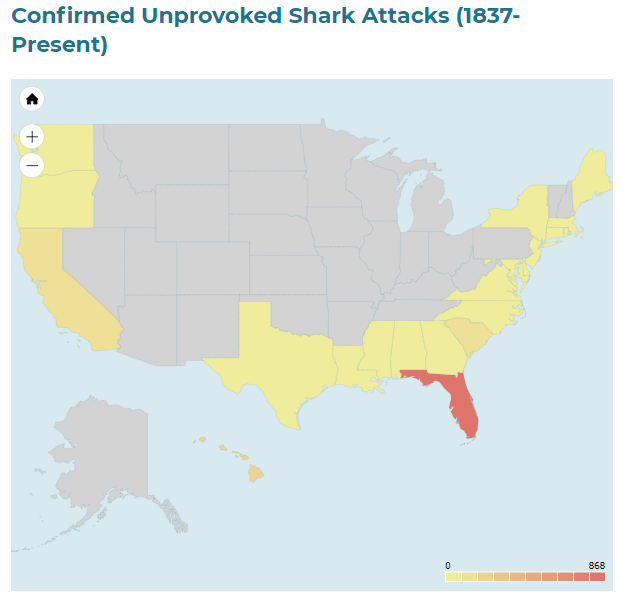 Map of Shark related injuries in the US
Credit: Florida Museum

Remember, your chance of becoming a victim of a shark attack is minimal. The chances are especially low in Long Island waters (although we can’t say the same for Florida, which has the highest recorded number of shark attacks in the country!). In fact, of the 129 alleged worldwide shark attacks recorded in 2020, not a single one occurred in New York. Hopefully, this gives you peace of mind when diving into our beloved Long Island Sound this summer!