How Humans Have Shaped the Long Island Pine Barrens 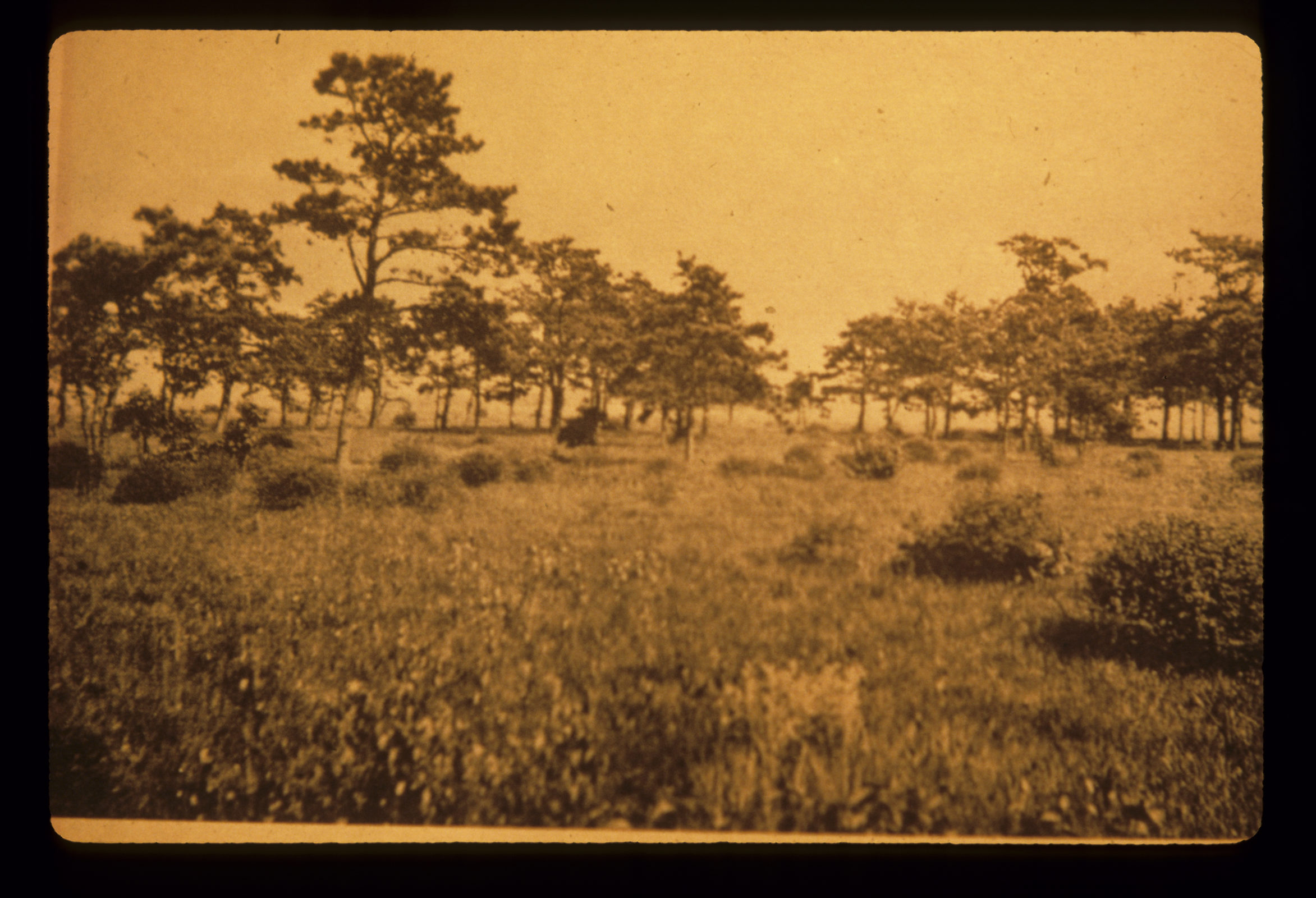 By: Katie Muether Brown  (originally published in The Pine Barrens Today Vol. 32, No. 2)

The origin of the Long Island Pine Barrens has often been debated. The vegetation in the Pine Barrens thrives due to the acidic, nutrient-poor and dry soil composition common to Central Long Island. However, by studying the historical spatial changes of the area, it is apparent that humans have had a great influence in shaping the Pine Barrens that we all know and love today. Human disturbance throughout the past three hundred years, such as logging,
land clearing and fire, have promoted the growth and expansion of Pine Barrens vegetation. Pollen records, charcoal profiles, early maps and records help provide the evidence.

Today, while walking through the Pine Barrens, one expects to see native vegetation such as pitch pines, scrub oak, blueberry, huckleberry, grasses and forbs. However, if one stepped back in time, a couple centuries ago, the landscape would be drastically different from today. What we know as the “Pine Barrens” today, was previously dominated by tree oaks, American chestnuts and other deciduous hardwoods. Pitch pine and scrub oak were present back then, but in much smaller numbers than today. The vegetation of the area changed to its current state some 200 years ago, due to an increase in human-caused disturbance.

Euro-Americans began settling on Long Island in the mid-17th century and thus began the disturbance of an ancient environment. This involved extensive land-clearing and the establishment of a logging industry, using wood for building, fuel and shipbuilding. Wood was exported to New York City and other surrounding areas. In the year of 1812 alone, Brookhaven Town exported over 100,000 cords of wood. Hardwood trees (dominant in the area at the time) were preferred over pitch pines for fuel and cooking because they burned evenly and produced less soot. Large tracts of land across central-eastern Long Island were left barren, stripped of their primordial hardwood vegetation due to logging and brush removal. This heavy removal of hardwoods during the first few centuries of Long Island’s establishment provided an opportunity for the shade-intolerant pitch pine and scrub oak to expand in numbers.

The pollen record for Deep Pond (Wading River, NY) has been studied to help examine this change in vegetation and to determine its causes. Pollen profiles were taken by examining levels of pollen trapped deep in pond sediments. Pre-settlement pollen levels account for only 15% of pitch pine and around 50% for oak. These profiles show that pitch pine pollen levels increased dramatically after Euro-American settlement began and that tree oak pollen levels decreased. The clearing of hardwood trees that began with human settlement allowed the shade-intolerant pitch pine to take root.

Fire frequency and intensity also increased with early Long Island settlement. Almost all fires (90%) at this time had human causes. Fires were commonly used for land clearing (burning brush) and for cooking. The establishment of the Long Island Railroad was also a great source of fire during this time. Fires were started by sparks and by hot embers dumped along the tracks. With little or no means of fire suppression, these fires quickly expanded and often burned for weeks at a time. In 1862, one fire was so extensive, that it started in Smithtown and swept all the way into Southampton — essentially burning the entire middle of the island. By the year 1911, the Pine Barrens were burned so much that the area was seen as unproductive and untaxable.

Charcoal profiles have also been studied in Deep Pond. Sediments were examined for varying levels of charcoal within the sediment over time. Charcoal levels almost doubled after settlement. An increase in fire-frequency favored the establishment of the pitch pine. Pitch pines are more adapted to fire than tree-oaks, with thick bark and serotinous pine cones, protecting the seeds from the fire and only opening and releasing seeds after the fire. Oaks also have a longer fire-return interval, taking them longer to return after a fire has burned the area. Pitch pines are dependent on fire (and other disturbances) in order to maintain their dominance over hardwoods.

Pitch pine-oak-heath woodlands and pitch pine-scrub oak barrens expanded so much after Euro-American settlement that they stretched as far west as Hicksville and Farmingdale. Some of these woodlands also covered large sections of Central Park.

Looking again at the pollen profiles for Deep Pond, we see that after 1920, pitch pine began to decline and scrub oak gradually reestablished itself as the dominant tree. This is mainly due to a lack of disturbance, including a flagging logging industry and the development of fire suppression methods. Without fire, oaks and other hardwoods will gradually replace the pitch pine in dominance. In the future, development is not the only threat to our precious ecosystem; fire suppression is also an important threat to these complex plant communities.