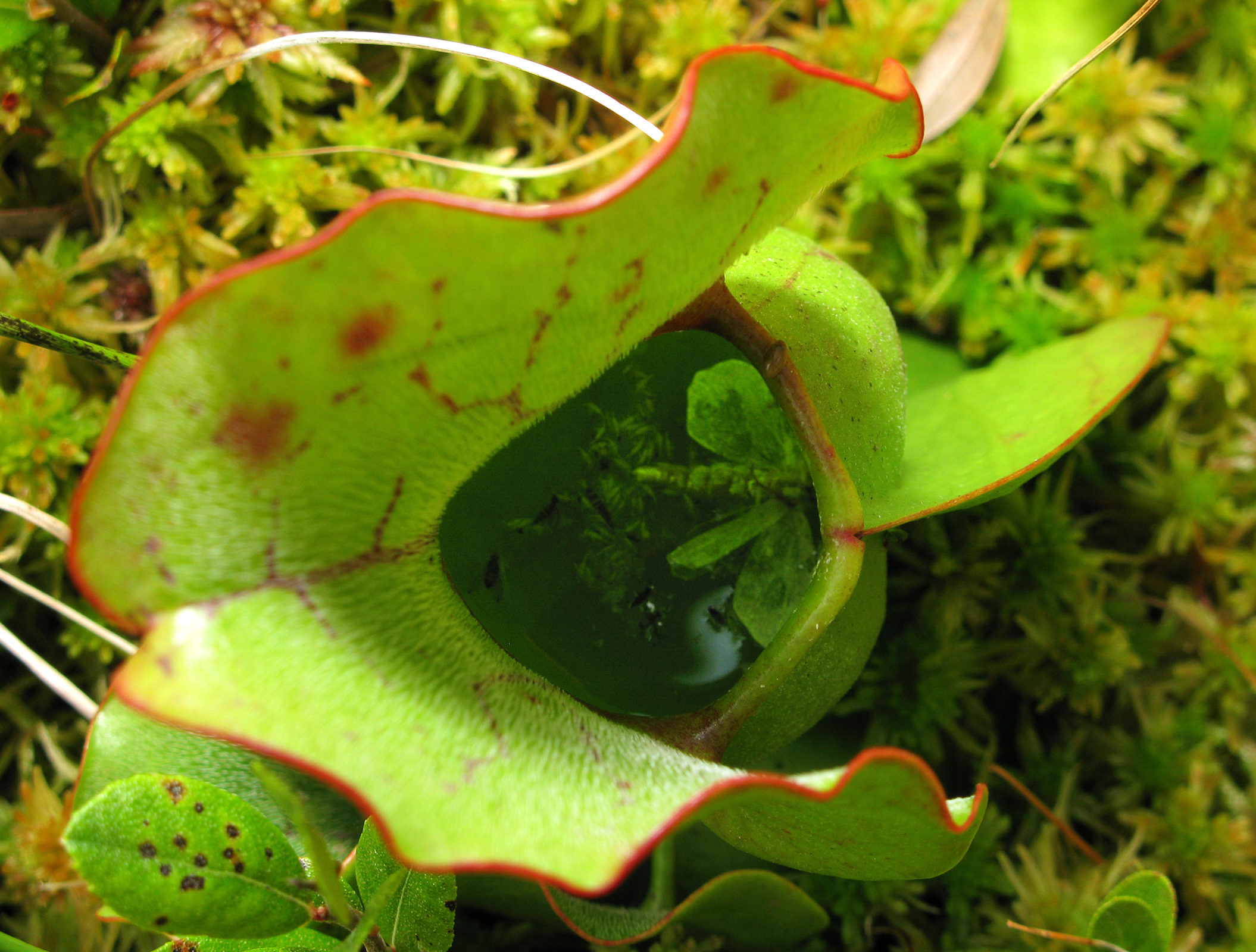 The Long Island Pine Barrens is also home to its own Little Shop of Horrors! No, you won’t find any Venus Fly Traps that crave human blood, but you will find three other special types of carnivorous plants.  They are the Pitcher Plant, Sundew, and Bladderwort. These plants get their nutrients mostly from consuming animals, and are commonly found in habitats with poor soil conditions, where they cannot rely on the ground to obtain their essential nutrients of nitrogen and phosphorus.

Pitcher Plants are also known as the “Soldier’s Drinking Cup.” Because of the plant’s ability to retain water for weeks and its unique pitcher or cup shape, it is believed that soldiers centuries ago, used to drink out of Pitcher Plants on long trips. 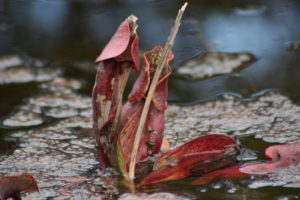 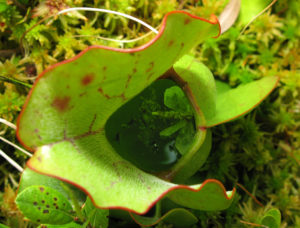 There are two types of sundews that exist in the Pine Barrens – thread-leaved and spatulate-leaved sundews. These plants have sticky “tentacles” that capture and enfold prey and exude digestive juices to make a meal of them. Once the insect is consumed, they will then unravel their tentacles. 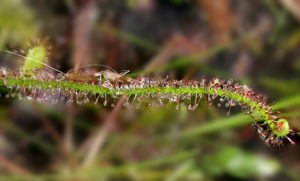 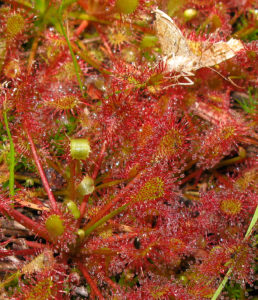 Bladderworts are known as the fastest plant in the world! Bladderworts are an aquatic carnivorous plant. There are about 200 known species of bladderworts that exist in the world, but there are only about a half a dozen that are native to Long Island. Bladderworts feed upon small animals, primarily tiny crustaceans. Each plant contains dozens and sometimes hundreds of tiny bladders that float in the water. Each bladder is a “snap trap” that opens up in response to movement – drawing an animal in and then digesting it.

Check out this video that shows the Bladderwort in action!

There’s more than meets the eye in the Pine Barrens. Next time, while you’re on a hike in the Barrens, slow down and take a closer look at the magic that surrounds you. Just make sure to keep your fingers and toes safe from some hungry plants! 😉

← The Pine Barrens: It Ain’t Just Pines
How Humans Have Shaped the Long Island Pine Barrens →