“Water We Going To Do?” – Eighth Annual Conference 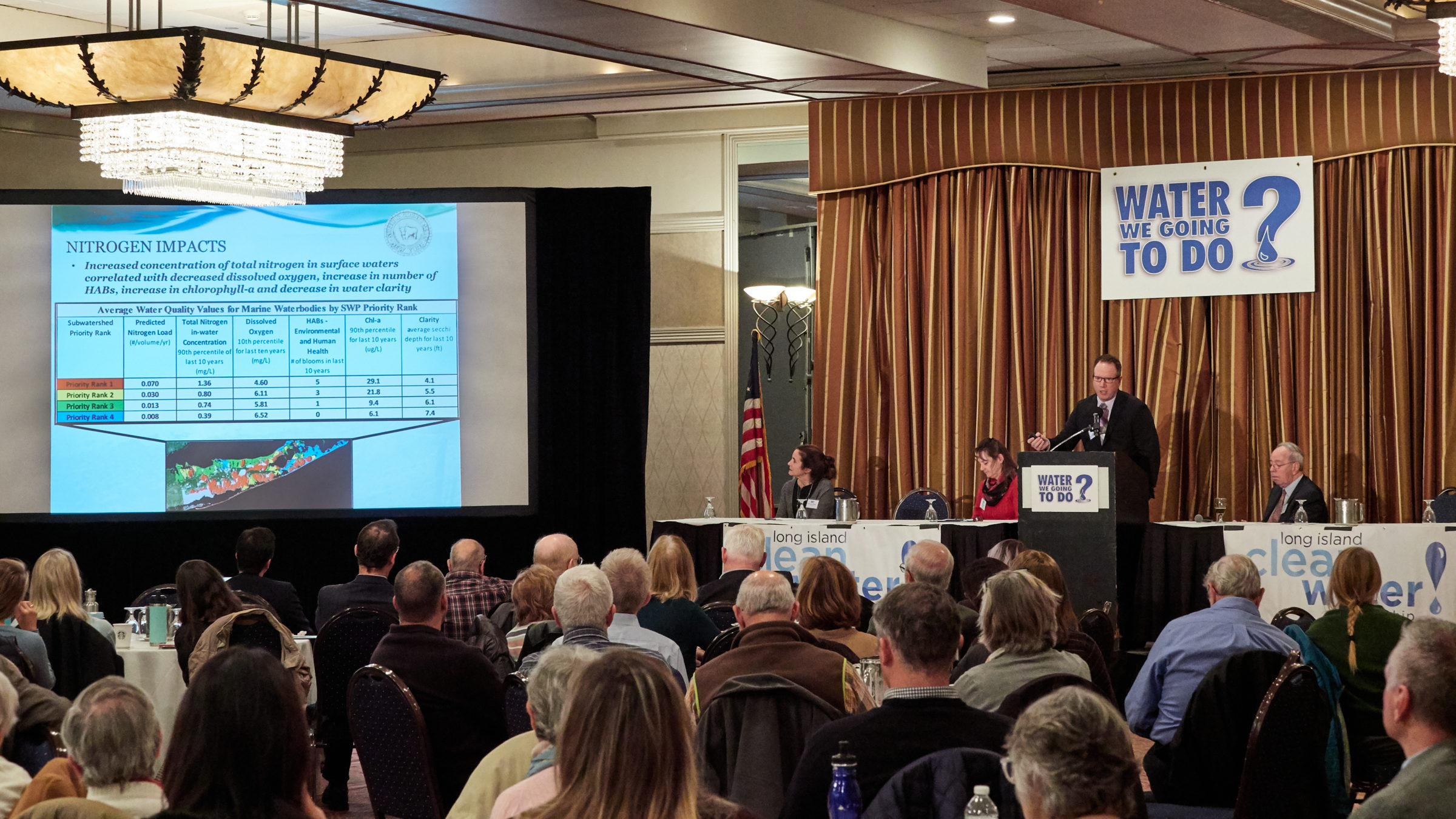 On Tuesday, November 19th, the Long Island Clean Water Partnership hosted its eighth annual “Water We Going To Do?” Conference. The Society is a co-founder of the Partnership, along with Citizens Campaign for the Environment, Group for the East End, and The Nature Conservancy in New York.

The conference’s purpose is inform Long Islanders about the progress made toward improving drinking and surface water quality, across Nassau and Suffolk Counties. About 180 Long Islanders came out to hear the latest on the effort to restore our waters. Did you miss it? No worries! We’re here to provide you with a summary.

The State of Our Waters

Dr. Chris Gobler of Stony Brook University’s School of Marine and Atmospheric Sciences, set the stage for the conference by providing an overview of the water quality problems that exist throughout the Island. 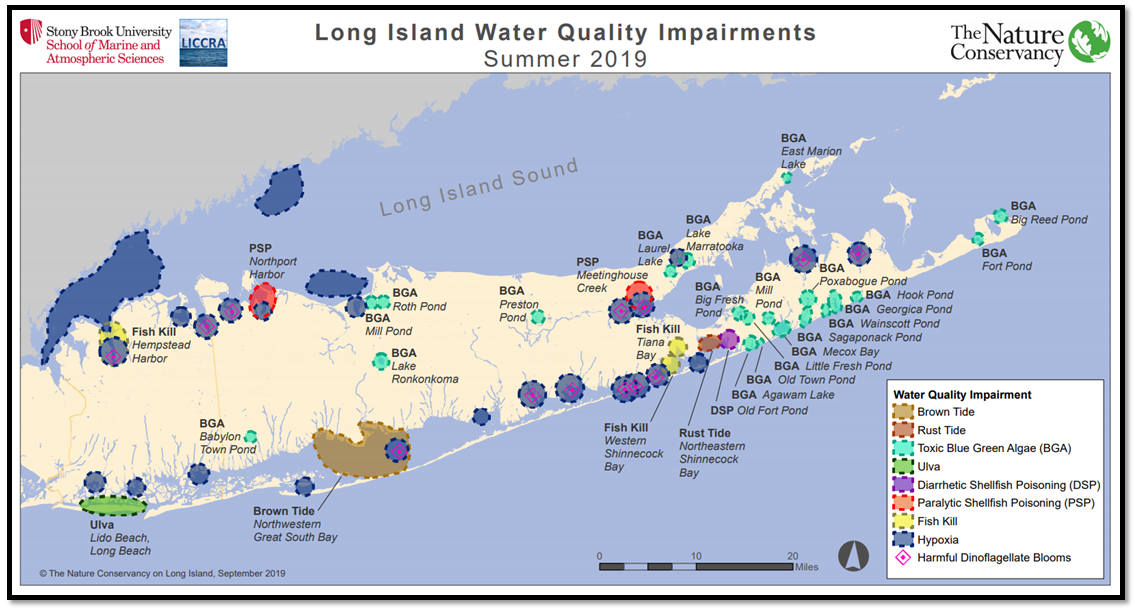 Nitrogen pollution, most notably from individual residential cesspools and septic systems, is entering our drinking and surface waters. This excess nitrogen in our waters has led to the proliferation of harmful algae blooms and oxygen-starved waters across Long Island, posing a public health threat, killing marine life, and closing our beaches and shellfish beds.

Dr. Gobler did offer some hopeful insight: There are solutions available that can help us “turn the tide.” New nitrogen-removing septic systems are available, that will greatly reduce the amount of nitrogen entering our waters and consequently, restore our marine ecosystems.

Dr. Gobler, on behalf of the Long Island Clean Water Partnership, presented an Environmental Achievement Award to Bill Korbel, the recently-retired meteorologist from News 12 Long Island. Bill Korbel was honored for developing and broadcasting the nation’s first ever water quality reports on a news network. Mr. Korbel worked closely with Dr. Gobler throughout the years, informing Long Islanders of water quality concerns across Long Island, in the summers, before they head to the beach.

Plans to Address Nitrogen in Our Waters

Susan Van Patten from the New York State Department of Environmental Conservation (NYSDEC) provided an update on The Long Island Nitrogen Action Plan (LINAP). LINAP is a joint effort between the NYSDEC and the Long Island Regional Planning Council, a multi-year initiative to reduce nitrogen in our drinking and surface waters.  The plan’s current focus is on working with Nassau and Suffolk Counties to create Subwatershed Plans (more on that below), manage fertilizer use, explore water reuse opportunities and establishing “Nitrogen Smart Communities.”

Ken Zegel of Suffolk County’s Department of Health Services and Mary Anne Taylor of CDM Smith, a consultant to the County, provided updates on the Suffolk County Subwatershed Wastewater Plan. (SWP). The SWP, released back in July, measures current nitrogen loads in 180 individual watersheds and determines the amount needed to be removed to recover our ecosystems.  Most of the Island’s watersheds will need nitrogen reductions by as much as 90% to improve water quality.

In addition to nitrogen, harmful and toxic chemicals are also entering our waters and are becoming of increasing concern. These chemicals are called “emerging contaminants.” Adrienne Esposito of Citizens Campaign for the Environment, spoke about 1,4-Dioxane, a synthetic compound found in many consumer products. 1,4-dioxane is listed by the EPA as a “likely carcinogen.” 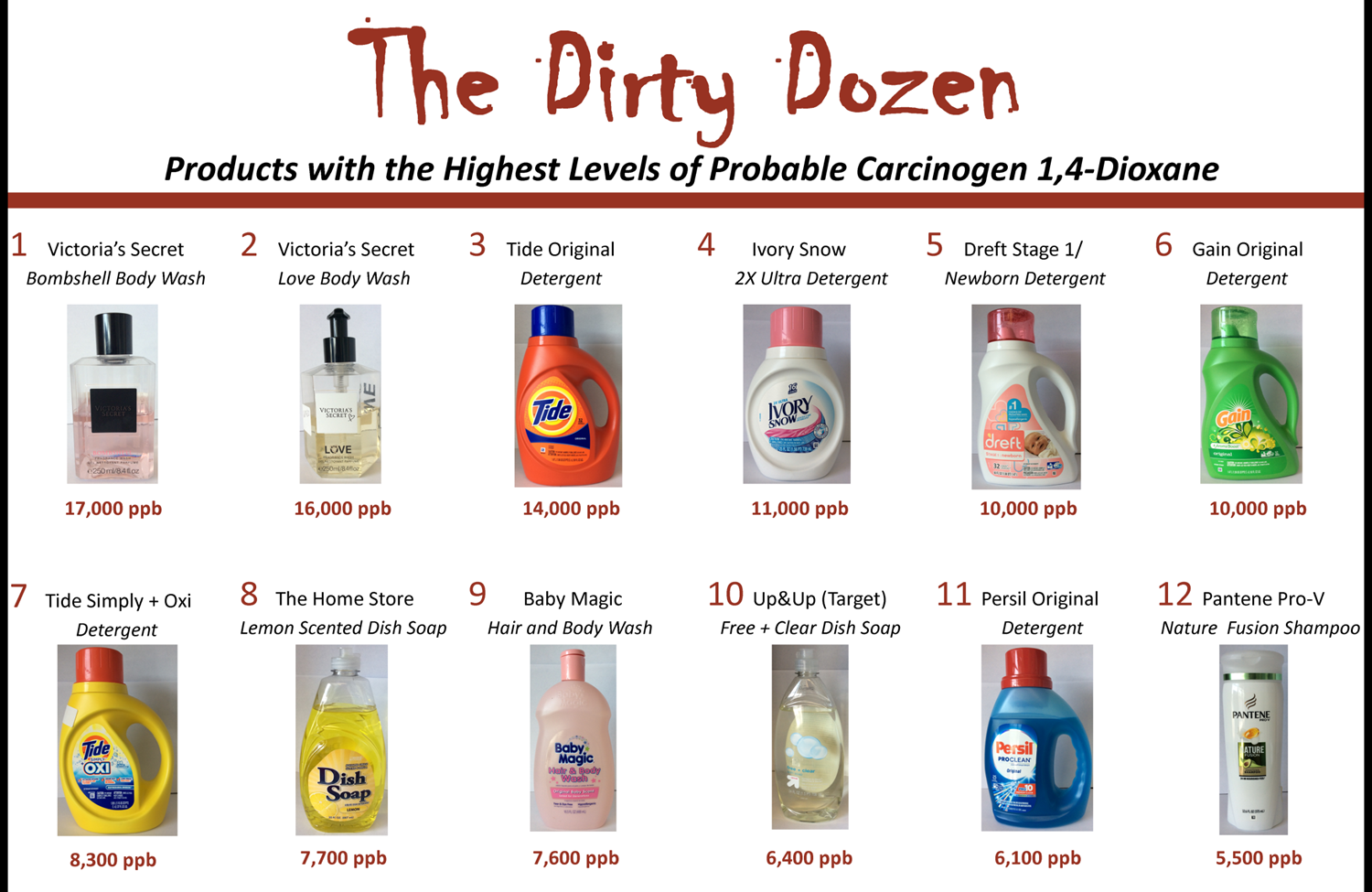 This past legislative session, the New York State Senate and Assembly overwhelmingly passed a bill that would ban 1,4-dioxane from consumer products. Ms. Esposito urged conference goers to call Governor Cuomo’s office and encourage him to sign this important piece of legislation (A.6295/S.4389).

Ty Fuller from the Suffolk County Water Authority, shared some good news about a piece of legislation that did pass and has been signed in New York State. The costs of clean-up and treatment of emerging contaminants such as 1,4-dioxane and PFOS/PFOA is staggering. Mr. Fuller argued that these costs should not fall on the water providers and their customers, and should instead fall on the polluters who contaminated our waters in the first place. This new piece of legislation does just that – it extends the statute of limitations for water providers to sue contaminators to recoup pollution clean-up costs.

Long Island is not only facing water quality problems, but water quantity issues as well. Dr. Frederick Stumm, of the United States Geological Survey, discussed his work on the “Long Island Sustainability Project.” Dr. Stumm noted that in several areas of Nassau County, over-pumping of our drinking water aquifers has led to saltwater intrusion and the closure of public supply wells.

Alan Weland of SUEZ Water discussed several projects to re-use and conserve water at the Cedar Creek Water Reclamation Facility in Wantagh. The new system will preserve up to 300 million gallons of groundwater per year. SUEZ is also looking to implement water reuse systems at the Bay Park and Glen Cove facilities in the future.

The Conference’s final speakers, New York State Assemblymen Steve Englebright and Fred Thiele and Suffolk County’s Deputy County Executive for Administration Peter Scully, all agreed on the same point: We have made significant progress, but there is still a lot more we need to do. We’re at a critical point in the campaign. We know what the problems are. We know how to fix them. Now, we need to implement the solutions. There are new septic systems that remove nitrogen. Next, we need to figure out a way to finance the replacement of 360,000 septic systems across Suffolk County. This cost should not fall on the homeowner alone. We need to create a dedicated recurring revenue stream to provide grants and low cost loans to homeowners who wish to assist homeowners with replacing their old systems with new nitrogen-removing technology. This will be the Long Island Clean Water Partnership’s focus in the coming year.

The Pine Barrens Society will cover the conference on its television program in early 2020. Stay tuned!

← Halloween in the Long Island Pine Barrens
2019 In Review →