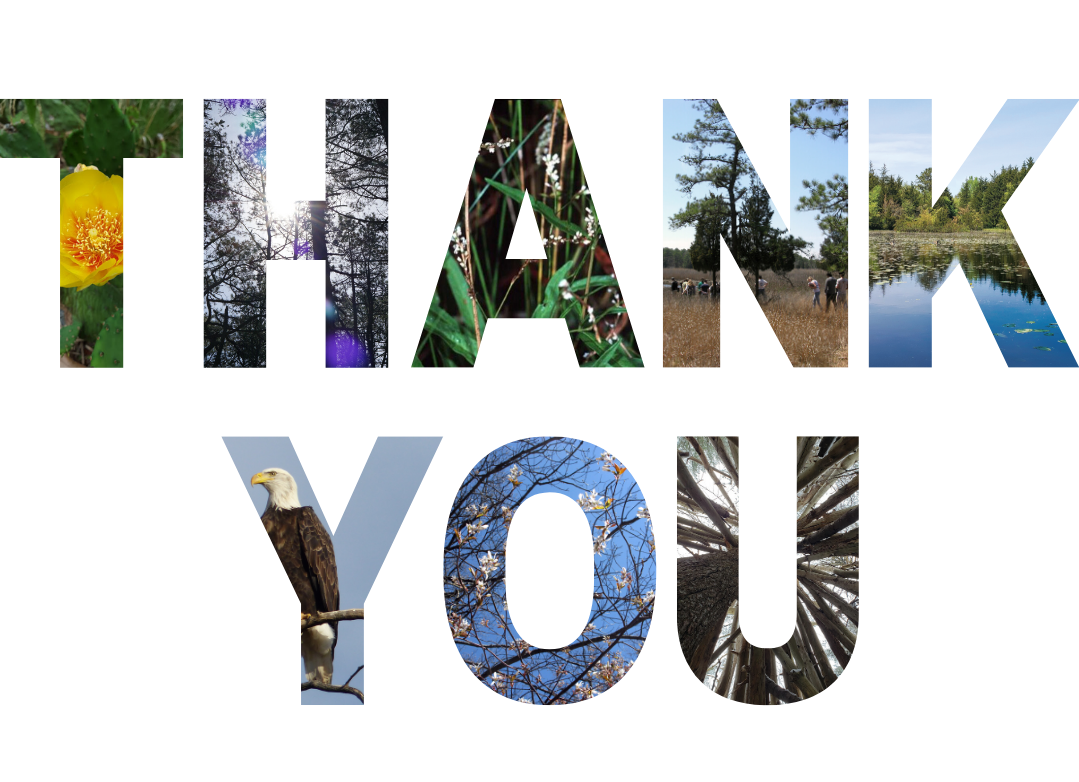 As the year comes to close, we are reflecting on all of the news and activities from the past year. We’d love to review our year with you, as many of these successes could not have been possible without the support of our members.

The Fight to Prevent the “Lewis Road PRD” (formerly “The Hills”)

The Lewis Road Planned Residential Development (PRD), proposed by Arizona-based Discovery Land Company, is an 118-unit mansion complex and massive golf resort located in the Pine Barrens, a state-designated Special Groundwater Protection Area and Critical Resource Area. The original proposal for the project was defeated by the Southampton Town Board in 2017, but the developer resubmitted the proposal under a different zoning statute and thus rebranded it as the Lewis Road PRD. The project has been railroaded through the Southampton Zoning Board of Appeals and the Planning Board. The Pine Barrens Society has joined Group for the East End in two lawsuits to block the proposed re-zoning.⁠

While we wait to move through the courts, the project will head to the New York State Pine Barrens Commission for review. The Society does not believe the project complies with the Pine Barrens Act and its Comprehensive Land Use Plan, and that an approval by the Commission will be unlikely. We will be monitoring this review carefully and supplying testimony. We will also keep you updated on how you can join in our advocacy efforts. 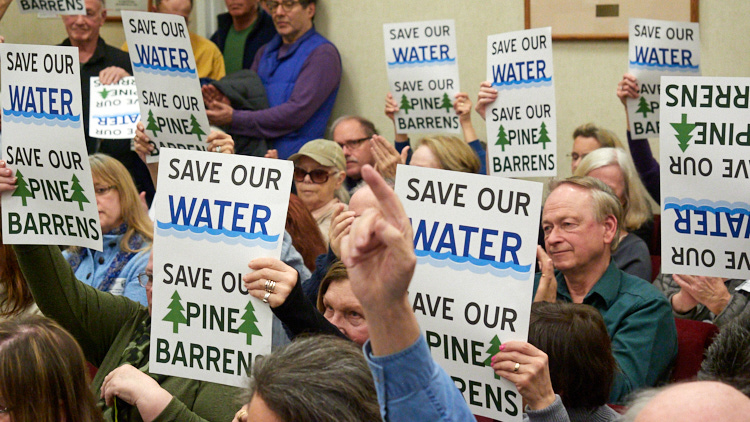 Suffolk County has asked the Appellate Division of the New York State Supreme Court and/or the Court of Appeals to reverse a previous Appellate Court ruling that orders Suffolk to restore money taken from the Suffolk County Drinking Water Protection Program. The program, approved by a majority of voters in 1987, uses a ¼ percent in sales tax to fund important water quality improvement projects and land preservation across the county. Following a raid of the program by the County in 2011, the Society sued to protect the integrity of the program and the public’s trust.

After a six year legal battle, the Society won the case when the court agreed with environmentalists that any law created by voters at referendum can only be altered or reversed by a subsequent vote by the public. “This common sense provision of law is essential if the public is to continue funding land and water protection referenda,” said PBS Executive Director, Richard Amper. More than three billion dollars have been approved by referenda since 1978 for preservation purposes.

In September of 2019, Suffolk County and its Department of Health Services released its long-awaited Subwatersheds Wastewater Plan for public comment. The comprehensive study is a blueprint for solving the island’s nitrogen crisis. It is the first science-based study to examine more than 180 watersheds across the county and establish clean water targets for each. The Pine Barrens Society has been advocating for the creation and release of this plan for several years.

The study makes a suite of recommendations that, if followed, will result in measurable improvements in water quality. New York State and Suffolk County have already created a program to pay for the cost of the new technology, but more funding is needed. Environmentalists are calling for a dedicated revenue stream in 2020, to support the Nitrogen removal plan.

You can learn more about the County’s water quality improvement programs here.

The Pine Barrens Society and Long Island lost a great environmental champion this year – Robin Hopkins Amper.  She was 72 and died after a four-year battle with metastatic breast cancer.  She was a charming and calming alternative to her husband’s strong-willed style and a steadying force in battles to protect Long Island’s environment in general and Pine Barrens in particular.  She was a quiet, behind- the- scenes volunteer and a great people person.  With her husband – they formed a team whose contributions to Long Island are immeasurable.

The Society’s Board of Directors has established an Environmental Scholarship for Long Island students focused on environmental studies and sciences, and who are committed to the environment, much the way Robin was.   The Society is working independently of its other work, to create an endowment that will make grants of $3,000 for worthy and needy students who live on Long Island, regardless of where they go to school.   The Robin Hopkins Amper Memorial Scholarship Fund will be an investment in Long Island’s environmental future and a memorial to an extraordinary human being.

You can read Newsday’s obituary here. 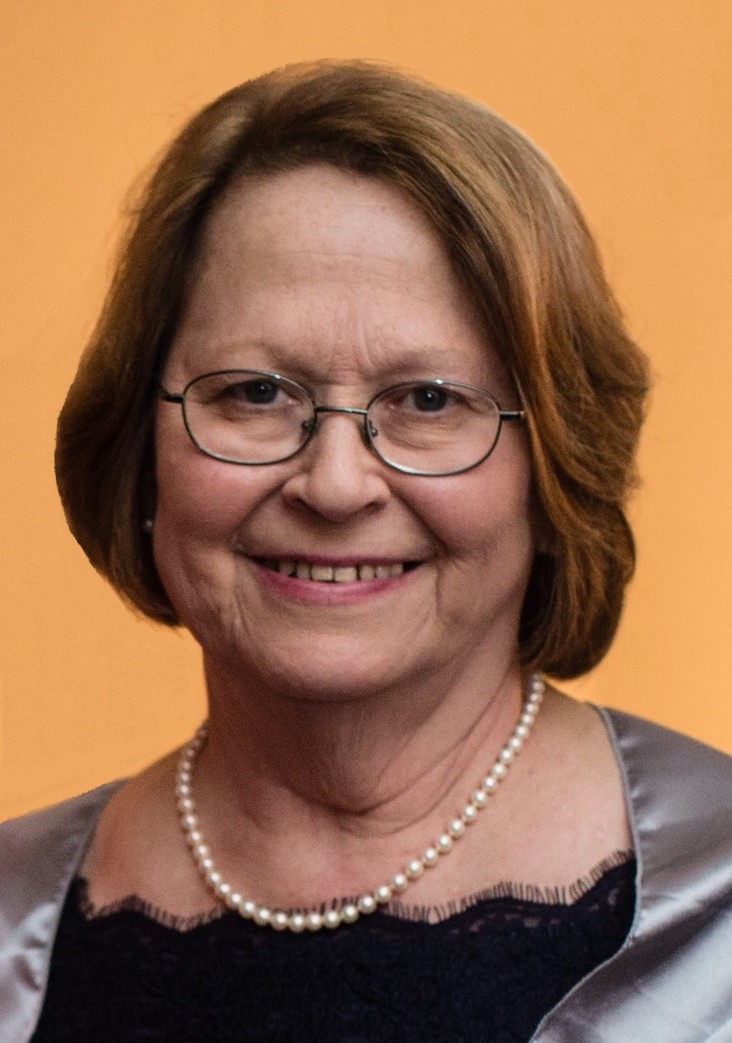 The Long Island Pine Barrens Society has declared victory in its 42-year campaign to protect the source of Long Island’s purest water and the greatest diversity of plant and animals in New York State. The environmental organization will now expand its effort to improve water quality Island-wide while sharing the barrens’ treasures with Long Islanders and Long Island visitors.

The initial goal of preserving 52,000 acres of the Pine Barrens Core Preservation Area – the most sensitive part – was established with unanimous passage of the Pine Barrens Protection Act by the New York State Legislature in 1993. As of this date, 57,676 core acres have been secured using federal, state, county, town and village funds – much of it from approval by voters at referendum. Fewer than 1000 remaining acres qualify for purchase in the Pine Barrens Core. In addition, some 52,000 acres of the less-sensitive Compatible Growth Area of the barrens have been protected, surpassing the original 48,000 acre goal. The occasion was celebrated at the Society’s 42nd Anniversary Environmental Awards Gala on October 23rd at Oheka Castle in Huntington. Did you miss our event – check out our television coverage of our Gala!

Well, now that we have all this land preserved, it’s time for Long Islanders to get out and enjoy it! We want to make the Pine Barrens a destination, where people across Long Island and beyond seek out, come to and enjoy.

We’re going to be launching a new education, recreation and stewardship initiative. Our goal is to become the leading resource on all things Pine Barrens recreation. This is going to include producing new guides and online resources on how to best enjoy the Pine Barrens – whether that be through hiking, boating, camping, bird watching and more. And we will be leading more guided hikes and other outdoor activities.  We’re also going to be hosting educational talks and forums. And we’ll be leading stewardship activities, like trail maintenance and clean-ups.

Yes, we still have a lot of work ahead of us. We’re still going to be continuing our drinking and surface water preservation campaigns and of course, we’ll still be fighting The Lewis Road project this coming year.  But, it’s time the people of Long Island enjoyed the Pine Barrens that they worked so hard to protect and we’re going to help them do that!

Thanks for staying with us! We hope you have a fun and peaceful Holiday Season!

Help us keep helping our environment – make a contribution today!

← “Water We Going To Do?” – Eighth Annual Conference
What is the Long Island Pine Barrens? →