What is the Long Island Pine Barrens? 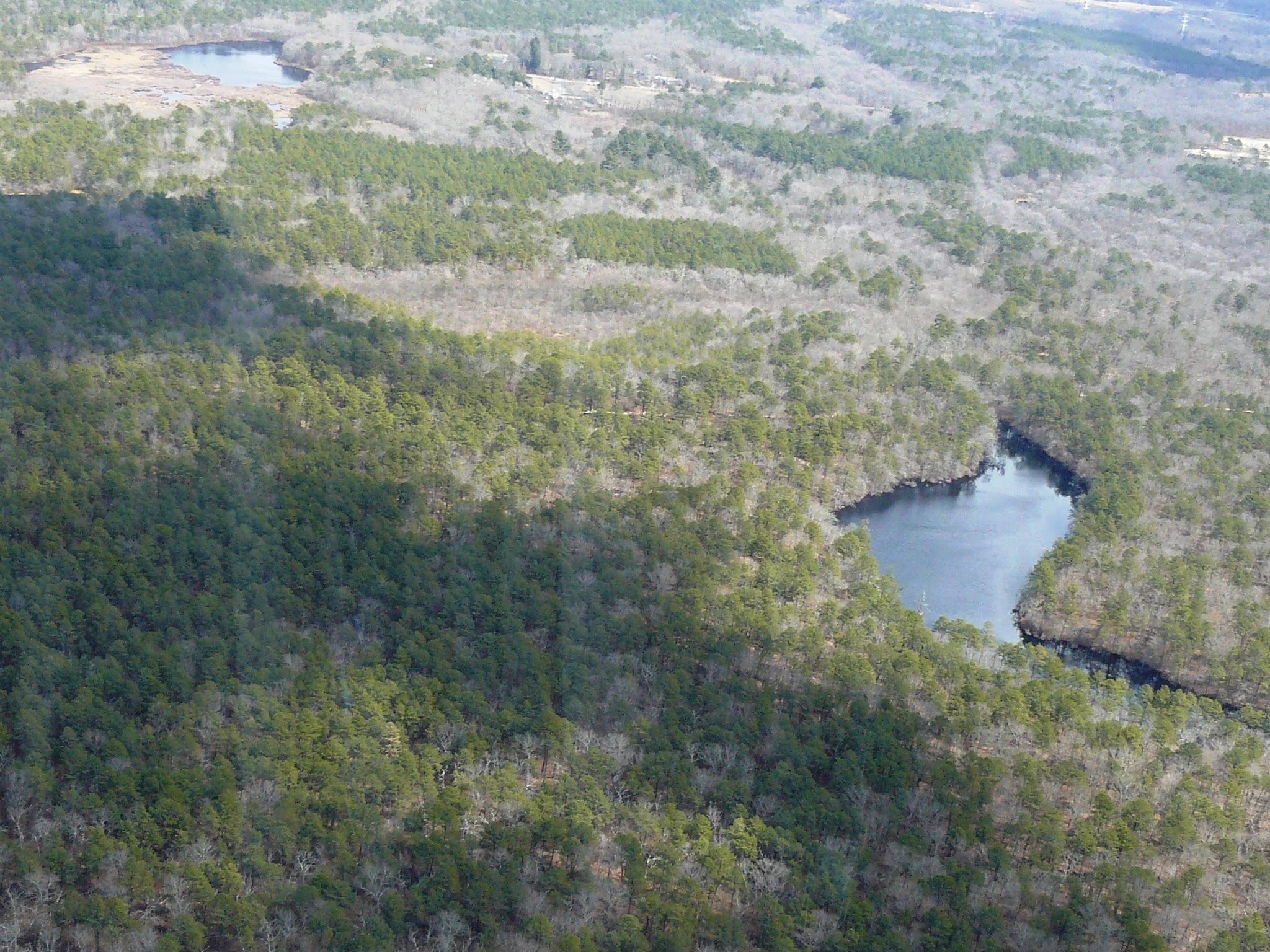 What is the Long Island Pine Barrens?

Heading east on the Long Island Expressway, just after passing exit 63, you will notice fewer buildings and begin to see beautiful tracts of forested lands. It’s the Long Island Pine Barrens! Most people know it by name. Some people might even remember the fight to protect it. But, what is the Pine Barrens?

As of this year, there are 106,332 acres within the Long Island Pine Barrens, protected from development. 57,676 of those acres are placed in the “Core Preservation Area,” (dark green in the image below) where development is prohibited.  48,656 acres are in the “Compatible Growth Area,” (light green in the image below) where development is carefully monitored and allowed, but only under strict guidelines. The Pine Barrens fall within three townships – the Towns of Brookhaven, Riverhead and Southampton.  We like to refer to it as “Long Island’s Central Park.”

But the Pine Barrens is more than just protected land. It’s a natural escape – a place you can visit, with many wonderful things to see!

The pine tree that puts the “Pine” in “Pine Barrens” is the Pitch Pine! The region is mostly dominated by Pitch Pine, but there are also Black, Scarlet and White Oaks that share the canopy in a lot of places.  And in the understory, you have scrub oaks and a variety of health plants (blueberry, huckleberry, bearberry, etc.). Lichens and wildflowers can also be found along the forest floor. Over a dozen species of orchids can be found in the Barrens. There are also three types of insectivorous plants found in the Pine Barrens – pitcher plants, sundews and bladderworts. 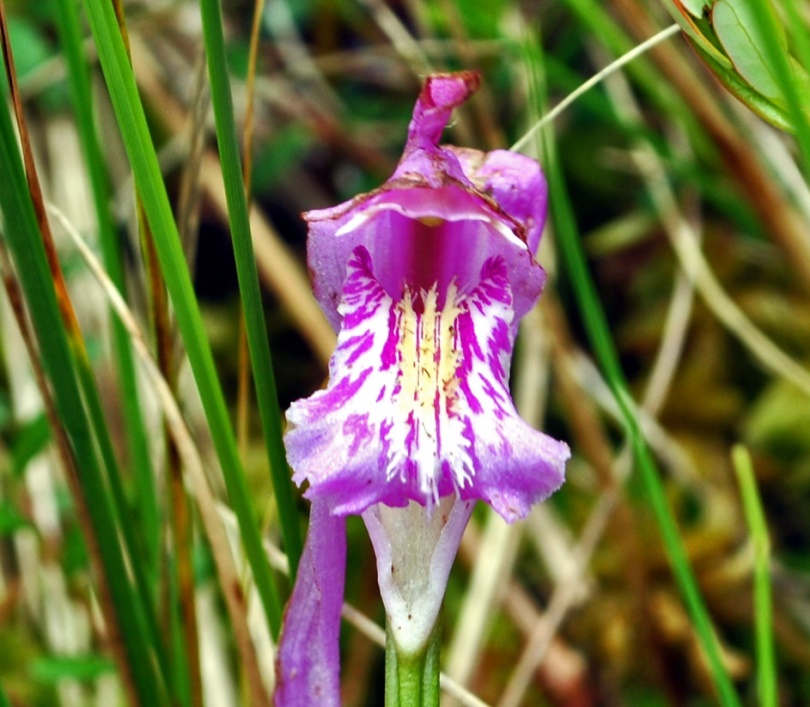 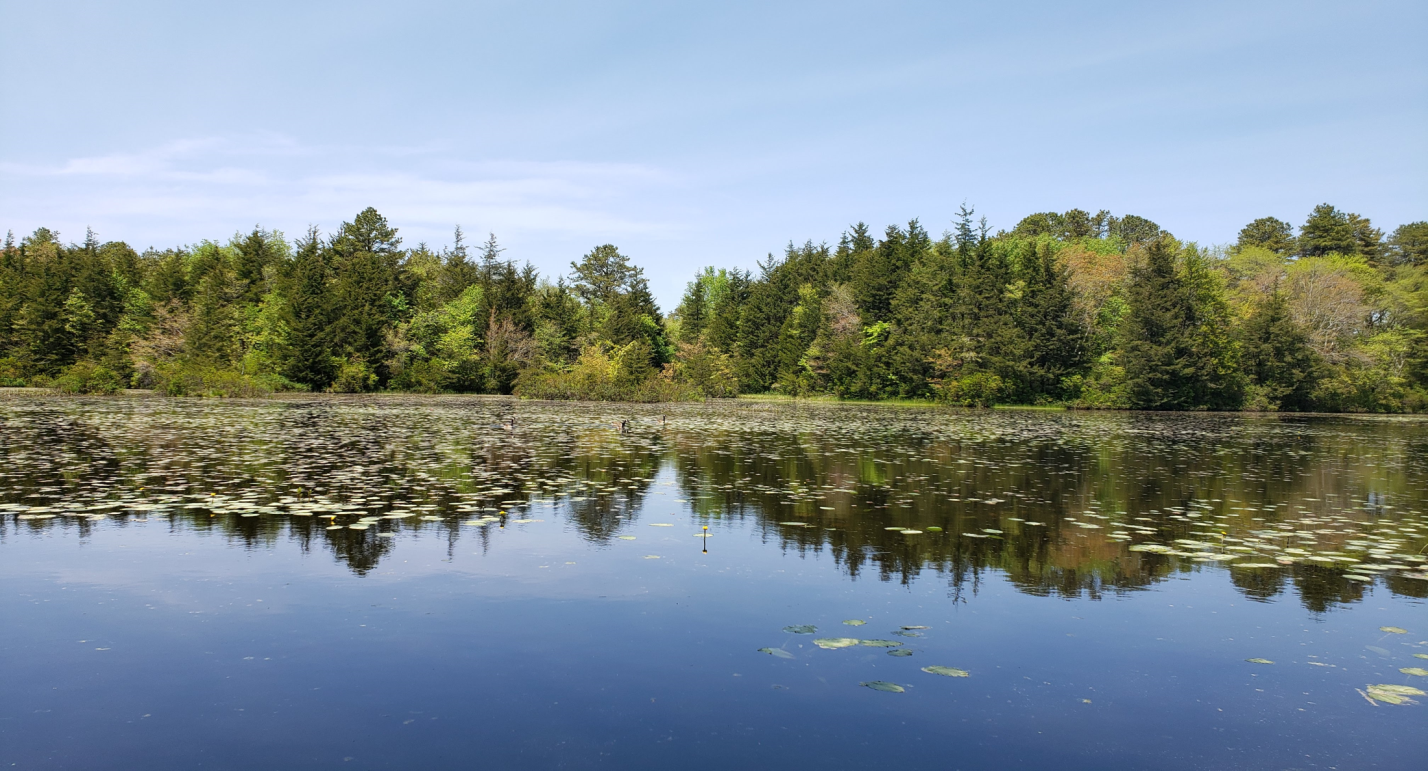 The Pine Barrens is also home to a globally-rare ecosystem called “The Dwarf Pine Plains,” which only exists in three areas in the world.  This ecosystem is dominated by dwarf Pitch Pines that are about 3 to 6 feet in height.  These trees are dwarfed because of the extremely acidic and sandy soil in the area. The sandy soils allow little available nutrients and cause water to leach out very quickly. These trees are stunted, but thrive! 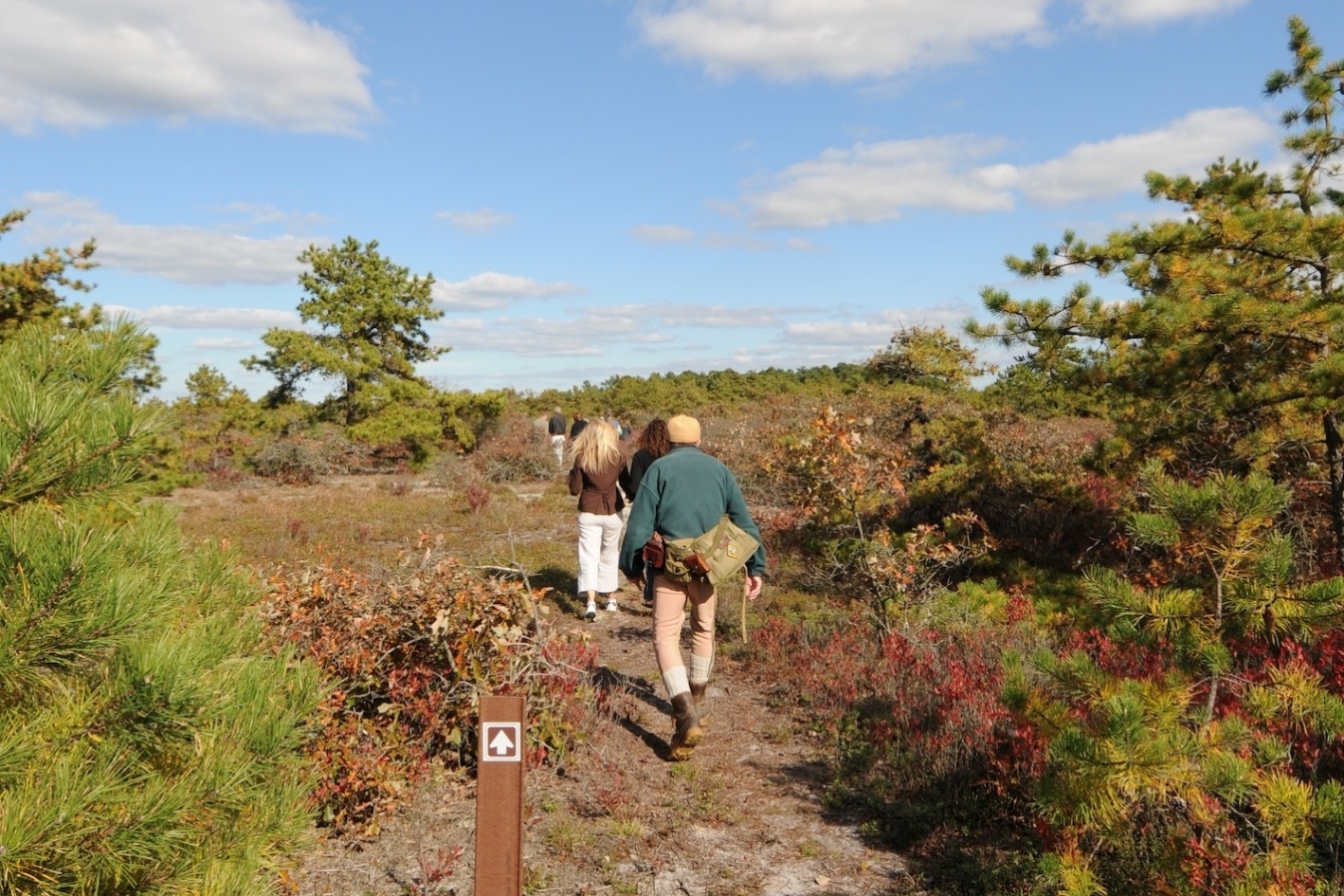 The Long Island Pine Barrens is home to literally thousands of plant and animal species, many of which are endangered or threatened.  Animals in the Pine Barrens include over 100 bird species, many of which are disappearing in the region, outstanding populations of butterflies and moths, including the threatened Buck Moth; and endangered or threatened vertebrates like the Eastern Tiger Salamander and Eastern Mud Turtle. In fact, the Long Island Pine Barrens boast the greatest diversity of plant and animal species in the state of New York! 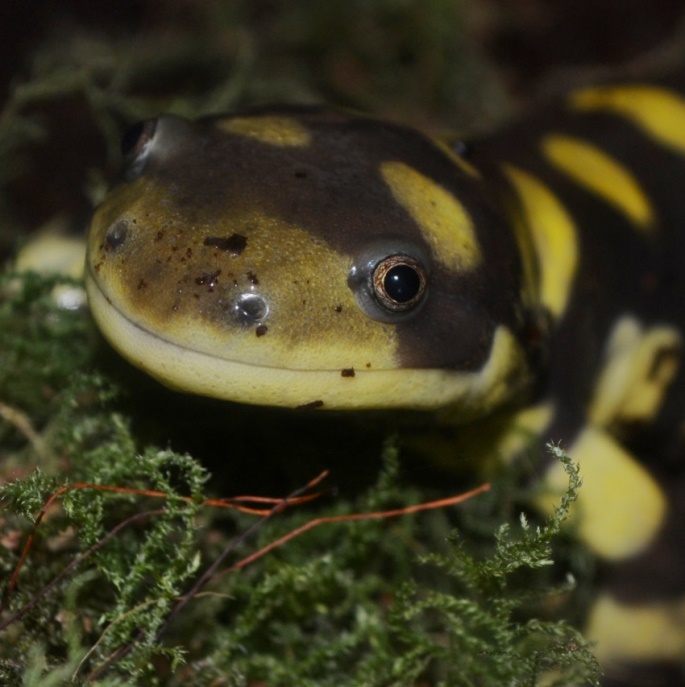 And for the history buffs, there are also plenty of historic sites within the Barrens! This includes the Hawkins House (built in 1850), Mary Louise Booth House (1929), Davis Town Meeting House (1750), the Longwood Estate, East Middle Island Schoolhouse (1835) and the Hard Estate Lodge (1937). 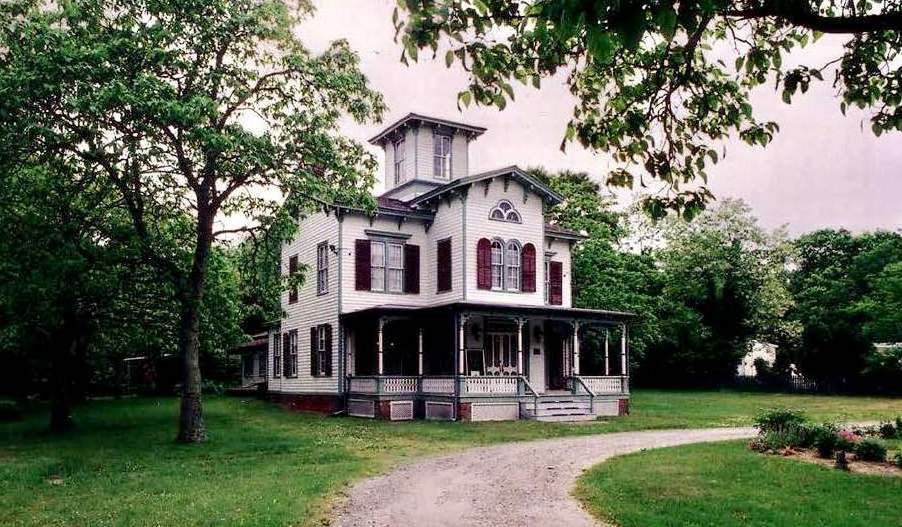 But perhaps the most important function of the Pine Barrens is that it overlies and protects the greatest amount of the purest drinking water in New York State.  The preserved land serves as an important recharge area for our federally-designated sole source aquifer on Long Island.  All of the drinking water for 2.8 million Long Islanders comes from a series of aquifers right beneath our feet.  Everything we do on land has the potential to impact our water quality.  Unfortunately, science conclusively shows that Long Island’s water is deteriorating in areas outside the Pine Barrens. We know that more homes, lawns, roads and businesses leads to more pollution. Without the Pine Barrens, our water quality would only be even worse off. 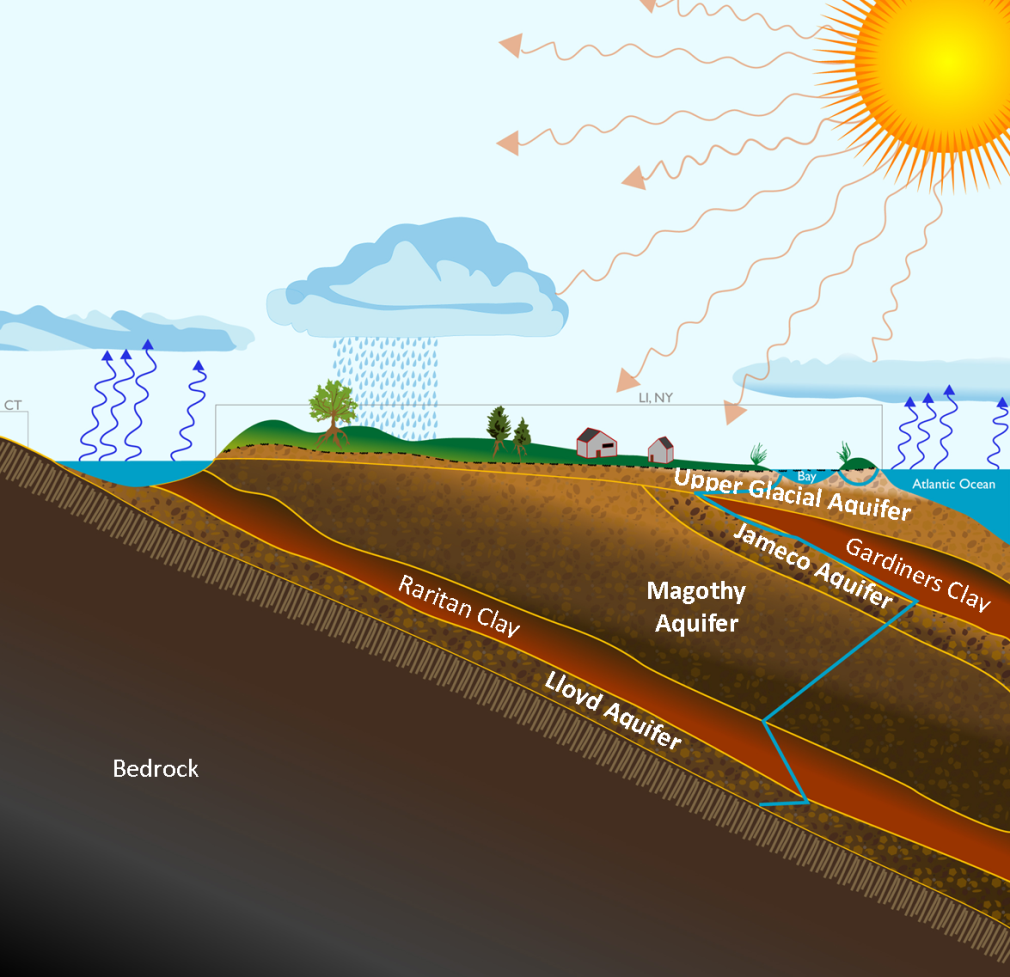 The Pine Barrens is rife with recreational opportunities, including hiking, boating, fishing, biking, camping, swimming and so much more! What are you waiting for? Get out there! Check out the recreation section of our website for more information.