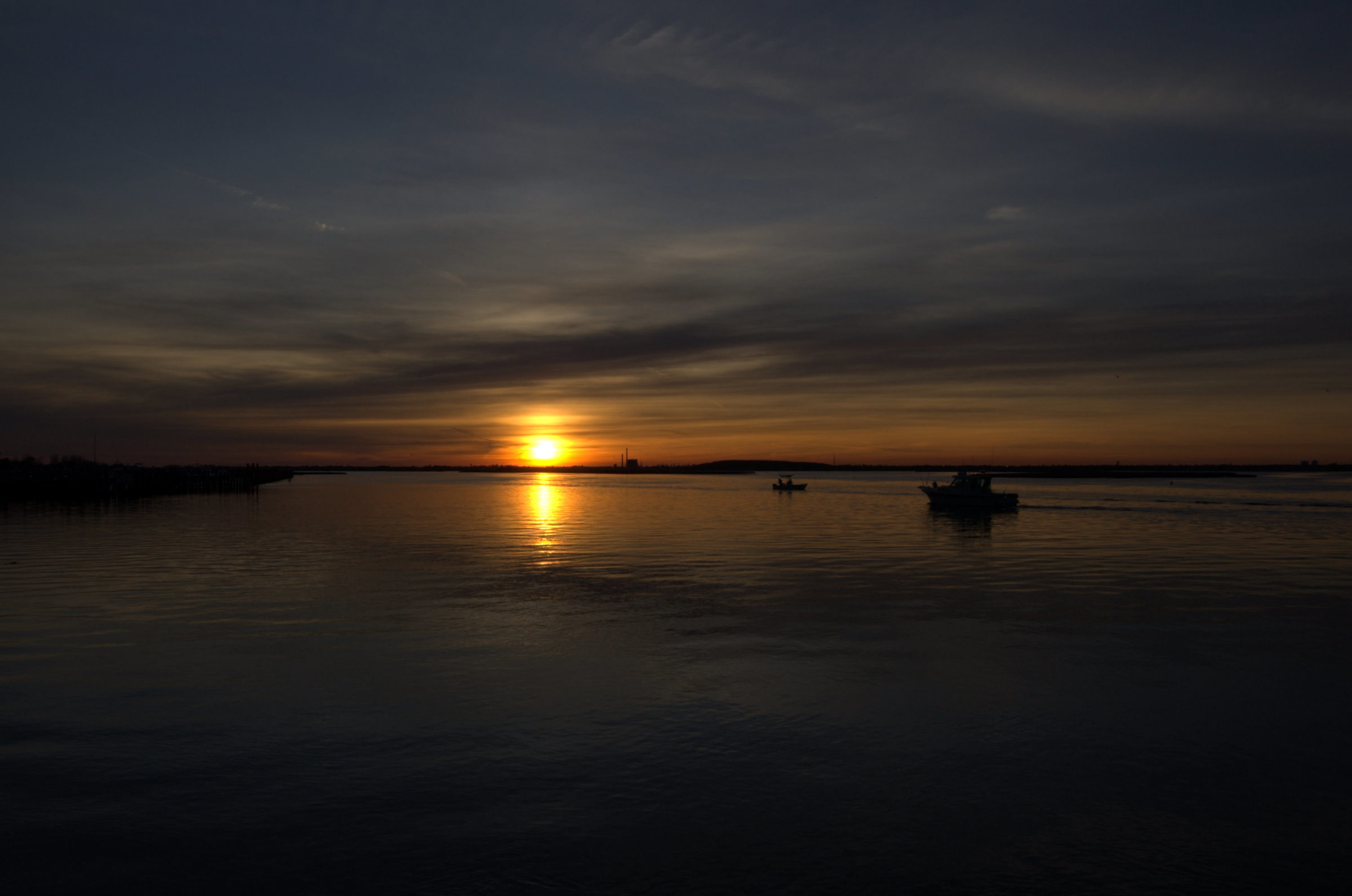 This place, Long Island, with its basement of 450 million year old shist bedrock dating back to the Silurian Period of the Paleozoic Era; a time when the land was first invaded by vascular plants, when the first jawed fishes plied primordial oceans;

This place, Long Island, where along the base of its North Shore bluffs ooze cretaceous clays containing leafy imprints of trees a Long Islander would hardly recognize — cinnamon, magnolia, gingko, eucalyptus, sequoia, and fig trees — imprints in materials laid down in a vast delta upon the basement of bedrock from the eroding Appalachian Mountains;

This place, Long Island, a million acre sandbox on permanent loan from New England, sculpted by two continental ice sheets, 500 feet high along their moving fronts, pocked by kettleholes, rounded by kames and moraines, with two bony fingers that jut into the briny foam wash of the Atlantic;

This place, Long Island, whose outwash plain during the ice age extended to the edge of the continental shelf, where rushing braided streams fed from the melting ice sheets cascaded as waterfalls into the lowered Atlantic;

This place, Long Island, with its hidden, underground aquifers more than a thousand feet deep, containing incomprehensible amounts of water – 70 trillion gallons- enough to fill all of Manhattan Island to the height of the top of the Empire State Building; if you thirst is quenched from the Lloyd aquifer, the deepest one, you’re drinking water that fell from rain clouds that formed a thousand years before the birth of Christ;

This place, Long Island, home thousands of years ago to species of the boreal forests – red spruce, arctic willow, and crowberry, and mastodons — yes, mastodons!– whose sets of molar teeth have been unearthed by bottom draggers fishing the Atlantic. And maybe, just maybe, the skies over Long Island during this time held the shadows of California condors, whose bones have been found within caves in eastern New York;

This place, Long Island, that in 1609 Robert Juett, who was Henry Hudson’s first mate, exclaimed as his ship, the Half Moon, slipped in New York Harbor, “we found a land full of great oaks, with grass and flowers, as pleasant as ever has been seen.” Daniel Denton, 61 years later had this to say, “The greatest part of the Island is very full of Timber, as Oaks, white and red, Walnut-trees, Chestnut-trees, which yield store of mast for swine…also Maples, Cedars, Saxifrage, Beach, Birch, Holly, Hazel, with many sorts more…the Countrey itself sends forth such a fragrant smell that it may be perceived at Sea before they can make the land.”

This place, Long Island, where the plaintive echoes of the Eskimo Curlew once ringed across unbroken expanses of salt marsh and whose forests filled with the howls of timber wolves and the whistling of wings from countless passenger pigeons and whose thickets of scrub oak echoed with the booming mating calls of the heath hen;

This place, Long Island, saw the last known Labrador duck pass through the veil of extinction, as a young male mortally wounded by a gunner, crashed into the wavelet waters of the Great South Bay in 1875; 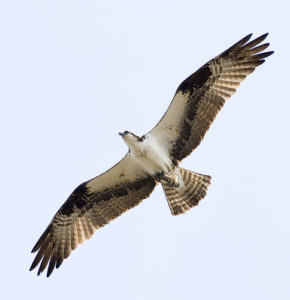 This place, Long Island, was once the osprey capital of the world with more than one hundred of the their jumble stick nests on Gardiner’s Island alone and an estimated 2,000 nests on eastern Long Island;

This place, Long Island, boasted the largest prairie east of the Mississippi River; it is still called the Hempstead Plains but it is a tiny, tiny fragment of the sea of grasses that once graced central Nassau County and gave rise to the communities of Plainedge and Plainview; and the Plains merged with the dense shrubby oak thickets of the Oak Brush Plains at a place later to be called Island Trees – where islands of pitch pine stood surrounded by prairie grass;

This place, Long Island, where hessel hairstreak butterflies once danced in the shadowy swamps of atlantic white cedar lining tea colored streams which drained the interior pine forests that provided water to productive cranberry bogs that made Suffolk County the third largest cranberry producing area in the US a century and a half ago; 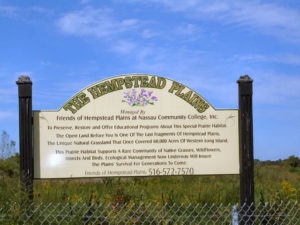 This place, Long Island, with the all but 40 acres of the Hempstead Plains gone, to make way for modern day suburbia that spread post World War II and where 95% of the coastal salt marshes fringing Nassau County’s South Shore have been filled or bulkheaded;

This place, Long Island, where half of the Pine Barrens have been lost, where more than half of our fertile farmland is gone, and where a suite of invasive plant species – like purple loosestrife, Asiatic bittersweet, Japanese knotweed and barberry, garlic mustard, and porcelainberry – threaten the ecological integrity of the places we care about;

This place, Long Island, where 2.6 million Long Islanders work, live, and play above their water supply and due to this unique relationship have a groundwater system degraded by contamination from a host of chemical acronyms enough to make the makers of alphabet soup proud

And while diminished, this place Long Island today still provides home and hotel accommodations to more than 300 species of resident and migratory birds, some of which are hemispheric globetrotters passing through on their magical journeys that connect their breeding and wintering grounds (it reminds me of the classic surfing movie in search of perpetual summer); a spectacular example is the blackpoll warbler, which in breeding plumage is reminiscent of a black-capped chickadee.  In the fall the overwhelming majority of individuals of this species, which weight less than an ounce, move east to the Canadian Maritimes, New England and Long Island, some having flown as much as 3,000 miles from Alaska.  And then in a 2,300 mile leap of faith these feathered puffs, (as one writer has noted you could mail one using a single postage stamp) launch out in favorable weather conditions (a high pressure system with winds from the northwest) into the hostile Atlantic.  At first they head to the southeast staying the course until about Bermuda where they pick up the trade winds that redirect them to the southwest making landfall typically in Venezeula or Guyana some 72 hours later.  That’s right folks after lifting from LI they fly non–stop for as much as three days straight.  During this time they will have flapped their wings an estimated 3 million times, never more than a second or two rest between flaps, and as one researcher noted if they burned gasoline instead of stored fat they would get about 720,000 miles to the gallon.

This place, Long Island, whose coast still offers nurturing habitat for dozens of beach dependent species including piping plovers – 62 new youngsters growing up on Southampton beaches this year alone – tens of thousands of sea beach amaranth Amaranthus pumilus, a modest plant if ever there was one and where earlier this year at Orient Point State Park seabeach purslane Sesuvium maritimum was rediscovered after an absence of 90 years;

This place, this crowded Long Island, still boasts whales frolicking off shore and harbor seals onshore and where at the mouth of the Peconic Bay harbors large rafts of sea ducks in the winter – the vocal long-tailed ducks with their bubblegum-pink bills, the red-breasted mergansers with their punk rocker haircuts, and the countless number of stout-bodied scoters – white-winged scoters, the clownish surf, and the not so common common scoter; one flock of scoters I counted, more than a decade ago, from the pavilion at Montauk Point State Park contained 35,000 birds and where last winter I was privileged to watch as a thousand gannets dropped like torpedos from 100 feet, sending up ten foot plumes, as they participated in a full-fledged feeding frenzy preying on a school of herring estimated to contain 400 million fish;

This place, Long Island, which still boasts nearly three dozen species of native orchids. And lurking in the wetlands, now pull in your fingers and toes – are plants that eat animals – more than half a dozen bladderworts, the umistakeable pitcher plant and three species of sticky sundews; beautiful but deadly!; 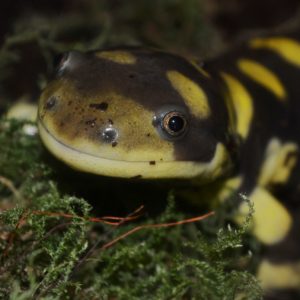 This place, this crowded Long Island, still harbors tigers in the night, as in tiger salamanders; if you doubt this go then on a warm and dank late winter night when the scent of pine is strong and you can watch these magnificent ambystomid salamanders – the mole salamanders as charismatic as any amphibian can be – engaged in an eons old urge to reproduce as they crawl down to their vernal ponds in search of a mate;

This place, Long Island, whose citizens led the successful fight to end the DDT madness, who passed a county bottle bill which catalyzed a state bottle law, who banned sudsy detergents, who have voted for 19 out 20 ballot measures to protect land, and who dedicated its four rivers to the state’s river protection program; whose bays and estuaries – the Peconic Bay, Moriches and Great South Bay, and LI Sound are the focus of curative measures to restore their ecological health and vitality;

This place, Long Island, which has spent more than a billion dollars to protect its wild places and open spaces and has the only federally designated wilderness area in New York State – on that most fragile and dynamic strand of sand called Fire Island – this in a state that boasts the Adirondack and Catskills forest preserves;

This place Long Island, reaching from the shadow of the great metropolis, has protected nearly 105,000 acres of land in the Pine Barrens; a big enough place for you to get lost in the woods, large enough for you to be able to walk from Rocky Point to the Shinnecock Canal, your feet never leaving public parkland, that’s your land and that’s my land; and it’s the land of the prairie warbler and Mr. Drink-your-tea.

This place Long Island where on the 13,000 acre Montauk Peninsula, from the Napeague strip east, two-thirds of all the land is publicly-owned parkland;

Here on Long Island we have lost much but we achieved so much.  Perhaps we needed loss to understand what we wanted to gain.  So let’s give due to the great and lasting work of Long Island’s great conservationists and naturalists – people such as Dennis Puleston, Gil Raynor, Roy Latham, Leroy Wilcox, Edwin Way Teale, and Robert Cushman Murphy who was the first to advocate for the establishment of a Pine Barrens preserve “urging governmental officials to make it a really big preserve”.  Let’s appreciate the ongoing and tireless efforts of folks like Paul Stoutenburgh, Art Cooley, Jim Tripp, Steve Englebright, Dick Amper, Marilyn England, Dan Morris, and many, many others.  Most importantly, let’s continue to marvel at and revel in the magic of the natural world as it unfolds around us, in infinite variety and expression every day. 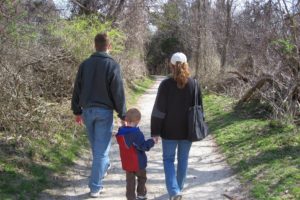 Like ripples in a pond caused by a tossed pebble let’s carry our efforts forward and outward to convince others to protect those places so special to us and lets continue to reveal to our fellow Long Islanders by informing, educating and advocating, and most of all celebrating, the very special natural treasures that collectively comprise Long Island.

Fill your pockets deeply with pebbles and toss often.